A group of ex-intelligence officers have teamed up to conduct an investigation into election fraud in the states of Michigan, Wisconsin and Pennsylvania. Many Americans are convinced that the Democrats are stealing the election from President Trump. Is this too little, too late?

Robert Caron, one of the organizers of this network, began his intelligence career with the Central Intelligence Agency (CIA). He later worked for the Special Situation Group, a task force established by President George H.W. Bush that includes strategic planning, technologies, and foreign and domestic investigations.

He told The Epoch Times that he was recruited to the network in 2014, during which time many in the intelligence community (IC) were seeing an increase in improper operations. Many IC officers were withholding information from their leaders, and their leaders were withholding information from the public. Caron mentioned that in 2014, Lt. General Michael Flynn called out then-President Barack Obama for “not acting properly on intelligence.”

In the same year, Obama fired Flynn over management issues. On Aug. 7, 2014, Flynn left his post as the Director of the Defense Intelligence Agency (DIA) and ended his 33 year army career. After President Donald Trump pardoned Flynn last month, Flynn said in an interview with The New York Post that he was framed via the Russia-collusion investigation partly because Obama was afraid of Flynn’s ability to expose his corruption.

“President Obama was not acting properly on intelligence that he received concerning Benghazi,” Caron said, referring to an attack on U.S. government facilities in Benghazi, Libya, that resulted in the deaths of several U.S. officials. He said he believes it was then that a lot of people from the intelligence community got together and started recruiting people to join the network.

The information we reviewed should serve as an important resource for state legislators as they make calls for state legislatures to meet to investigate the election and consider decertifying their state election results.
It's available for the public: https://t.co/OiBVRfxBYE

After numerous reports of irregularities in the 2020 election, the investigation network expanded. Many have focused on investigating the election, according to Caron, who said most are volunteering, while some are getting paid for the inquiry. He said that as far as he knows, the size of the network is “way over 400” and that each member of the network sees obvious election fraud based on their own observations.

“The fraud was so massive and so blatant, despite what the mainstream media said, that we need to get this information out to the public,” said Caron. “That’s why more and more people from the intelligence community and law enforcement are coming out, which is unheard of.” 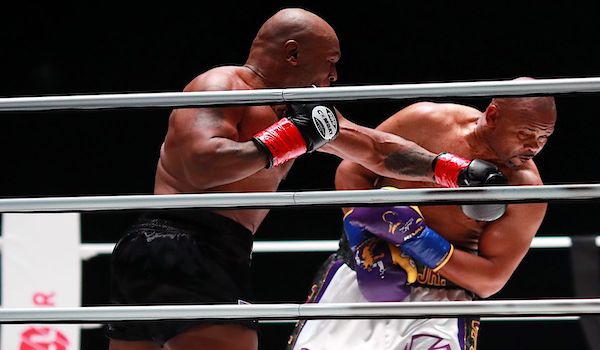 Mike Tyson gave a bizarre reason for his renewed interest in boxing. He claims he tripped on the…
byRyan Michael