At Barrack Obama’s coronation he was portrayed as a god. He was the answer to the sin of slavery and minorities being oppressed. If Barrack Obama was elected to the highest office in the land, that would mean a minority can achieve anything. This is the American promise that is often unachievable in other countries. Barrack and Former First Lady Michelle Obama rode into the White House in glittering gold “Hope and Change”.

Except in Michelle’s mind, he’s still there

And in the minds of many other people. The left will fawn over them long after they’ve passed away. Those who cry over this family not being in office still have told the Obamas of how much love and respect they still have.

Michelle is positive the incoming Presidential Library Center will be transformational to Chicago’s Jackson Park. She and Barrack always have a reason for doing something, it’s never done by accident. She thought it would be best to build that in Chicago, “Because there are so many people who feel like he is their President.”

Michelle is confident in the location

Chicago is where Michelle and Barrack met. The library is an economic engine for the area. Funded with Democratic foundation dollars, dollars that should go into the impoverished people in the area rather than other Democrat pockets.

Barrack sings a different tune since being out of office, sounding astoundingly conservative. He doesn’t think you should cast stones at others, which he did for eight years. He doesn’t approve of the “woke” culture and admits we all have flaws.

Michelle and Obama’s ideals and words came around too late

The people’s love for “their President” is rooted in “he tried so hard against the evil Republicans, you need to give him credit for that!” Until you look at what was actually said and done. How did his policies help fellow minorities he and his family professed to love?

Connecticut Senator Richard Blumenthal, one of the more wealthy and prominent Democrats in the Washington D.C. establishment, made…
byScott Moore

The people of Loudon County, Virginia rebelled against the teaching of critical race theory and transgender ideology at…
byScott Moore 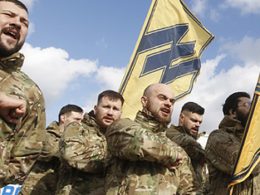