Congressman Steve Scalise fought back against Democrats’ attack on the First Amendment during a hearing on ‘violent disinformation’ in the media.

The House Energy and Commerce Committee held a hearing on February 24 that was blatantly anti-free speech. The hearing, entitled “Fanning the Flames: Disinformation and Extremism in the Media,” was specifically designed to attack conservative/alternative media.

Leading up to the hearing, far-left California Representatives Anna Eshoo and Gerry McNerney sent letters to television broadcasting companies that attempted to shame them for carrying “disinformation” channels such as One America News (OAN), Newsmax, and Fox News.

Representative Scalise decided to play along with the Democrats’ agenda of connecting violent acts to the news outlets the perpetrators watched. During the hearing, he submitted the FBI report on the man who shot him into Congressional record. The report detailed that the man, James Hodgkinson, was a fan of MSNBC’s Rachel Maddow and Senator Bernie Sanders.

At the hearing, Scalise discussed the shooting that took place on June 14, 2017, in which Hodgkinson opened fire on more than a dozen Republican members of Congress, almost killing him.

“The gunman was motivated by hyper-charged rhetoric that he was hearing from the left,” he concluded.

The FBI report revealed that Hodgkinson was a volunteer for Bernie Sanders’ 2016 campaign, and was also a huge fan of Rachel Maddow.

Of course, Scalise didn’t take it as far as the left is taking their campaign against free speech. After using the shooting as an example, Scalise noted that he didn’t blame anyone except the shooter for his actions.

The point that Congressman Scalise was trying to make was that, if the left really wanted to blame violent acts on “disinformation,” they would be looking at both sides. If a crazed gunman attacks a group of Republicans because he believed they were a threat to the country after listening to left-wing rhetoric, maybe the Democrats should be looking into that too. But they aren’t. The only focus of the hearing was to attack news outlets that disagree with the Democrat narrative. At least Steve Scalise was there to call them out for their hypocrisy. 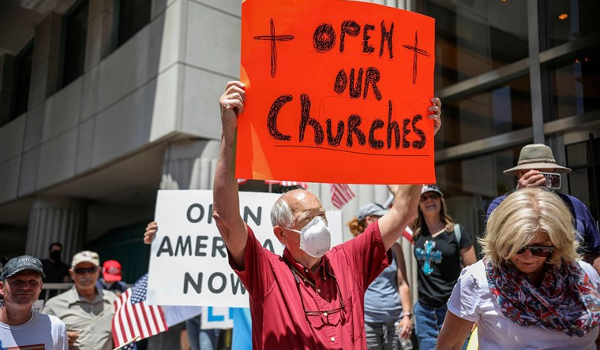