California Gov. Gavin Newsom went from essentially laughing off the idea of being recalled to just a few procedural steps away from having the issue on the ballot for the next election, signaling just how fed up the state’s residents are with his poor leadership decisions.

According to the Washington Examiner, the efforts to recall the governor — a rare feat even in California — received a major boost this week as it was announced that the Republican National Committee donated a staggering $250,000 to take the operation all the way to the finish line.

RNC Chairwoman Ronna McDaniel issued a statement on why the powerful Republican organization decided to help out their California friends who are fighting for a common cause.

“Gov. Newsom’s authoritarian measures, blatant overreach and complete mishandling of the COVID-19 pandemic have proven that he is woefully unqualified to lead the state of California,” McDaniel said in a statement. “It is time the people use their constitutional recourse to remove him from power.”

The major hurdle for any recall is phase one, when some 1.5 million signatures need to be collected from voters in the state who support the idea for recalling the governor. Most of the time there’s not enough horsepower to get more than a few hundred thousand, at best.

But this time around, thanks to a number of blunders Newsom has made in the past year alone, especially with his unbelievably harsh COVID-19 lockdowns and getting caught breaking his own pandemic rules while dining at one of the fanciest restaurants in the country, getting 1.5 million signatures wasn’t as much of an issue.

Adding to the efforts to help, RNC will run digital ads in support of the effort and utilize their powerful network of volunteers to begin calling California residents to gather more signatures and support, as the 1.5 million signature goal was recently hit this week, but the founder of the recall effort wants a few hundred thousand more to be safe, as all 1.5 million have to be verified eventually.

A spokesperson for the recall effort laid out a very simple and convincing argument as to why the effort to recall Newsom this time around is gaining so much national attention.

“If you lived in California for the last 11 months, you have watched Gavin Newsom appear on your television for two or three hours a day, every single day,” spokesman Randy Economy said. “He has no clue what he’s doing, and yet, all he wants to do is make sure he is the one and only authority to get people out of this pandemic, and he’s failed. He’s failed miserably.”

If the group’s signature drive ends in success — and it very much appears that it will, as they still have over a month to pad the list — Newsom will face serious political peril during the next vote.

Last week, KCRA 3 reported that organizers of the recall petition said they’ve gathered enough signatures to get a recall petition on the ballot. However, the California Secretary of State’s office has a different number.

Tuesday, all 58 counties were required to submit new data to the Secretary of State that included how many total signatures they’ve received; of those, how many they’ve verified and of the verified signatures, registrars had to say how many are valid.

A cumulative report with the compiled data was anticipated Tuesday, but, instead, a spokesperson from the Secretary of State’s office told KCRA 3 the report won’t be complete until Wednesday or possibly Thursday. Stay tuned for updates. 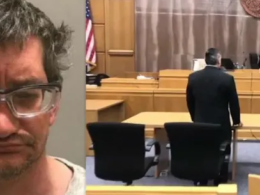 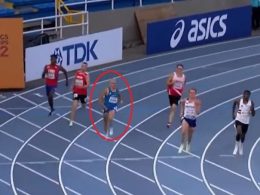