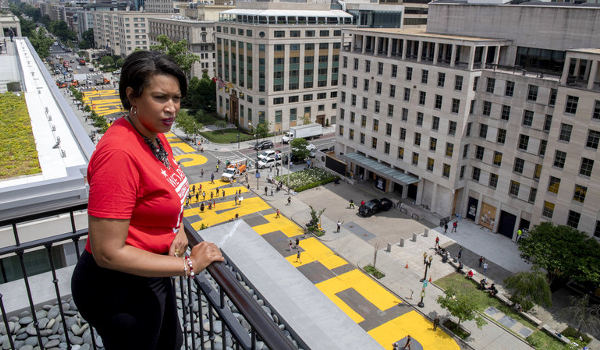 For years, instead of backing any positive ideas of their own, the networks spewed a steady stream of “Orange Man bad.” Now that Donald Trump is out of the picture, the new message is Trump Supporter “REAL BAD.” Those deplorable individuals who consider themselves conservative have suddenly realized that they are the new target of the Democrat propaganda machine.

Being a ‘Trump Supporter’ almost criminal

It’s no accident that the major topic of conversation at a recent FEMA briefing was the “extensive amount of concerning online chatter” over Joe Biden’s installation ceremony on Wednesday. Alleged FBI Director Christopher Wray warned Mike Pence about the threat posed by patriots.

Each and every conservative in America has been officially labeled a “Trump Supporter.” “We’re concerned about the potential for violence at multiple protests and rallies.” Not just in D.C. but state capitols everywhere. District Mayor Muriel Bowser is ready to raise the paranoia level to new heights.

An isolated and possibly Deep State funded rabble army of barbarians, each claiming to be a Trump Supporter, were allowed to invade the Capitol Building almost on “cue,” spelled “Q.” Patriots were quick to denounce the violence and distance themselves from what appears strongly to be some kind of “false flag” event meant to discredit conservatives.

The media propaganda mill certainly isn’t doing anything to dismiss those fears. They still don’t have any complaints about the looting and rioting which took place all year. That was Democrats, they’re allowed to do as they please.

More than 20,000 troops will be on the ground Wednesday, most of them armed National Guard, but Mayor Bowser insists it isn’t nearly enough.

While the military will proudly protect the “federal parts” of D.C., the Trump Supporters are expected to move out to the suburbs. “I’m not only concerned about other state capitals,” Bowser barked. She’s worried about “other parts of Washington.”

WATCH: Mayor @MurielBowser says she is concerned about attacks in "other parts of Washington DC" outside the federal enclave. #MTP

"Our police department working with federal law enforcement and U.S. Army … has a plan to pivot if we have any attacks in our neighborhoods." pic.twitter.com/kyBMbwK6KB

A plan to pivot

Mayor Bowser is grateful that the Capitol Building and National Mall will be well defended against American citizens but she’s also terrified that 700,000 Democrats are concentrated just outside the Capitol grounds.

Not a single Trump Supporter has planned anything inappropriate for the transition but Democrats are convinced they are in mortal danger. “So our police department, working with our federal law enforcement partners and the United States Army, quite frankly, also has a plan to pivot if we have any attacks in our neighborhoods.”

She also pointed out another thing that nobody wants to talk about in public. The big ceremony will be over tomorrow but how long do the troops need to stick around? National Guardsmen can’t be kept sleeping in the hallways indefinitely. Eventually they will go home.

Trump fans on the other hand will be mad for a long time to come. “We’ve never believed that so-called ‘patriots’ would attempt to overthrow their government and kill police officers,” Bowser asserts. “But that’s exactly what happened.” Or is meant to appear to be what happened. If you weren’t at the invasion, you supported it.

The bottom line is they need a long term solution and the answer they came up with is to get rid of each and every deplorable Trump Supporter they can round up. “We don’t want to see fences. We definitely don’t want to see armed troops on our streets. But we do have to take a different posture,” Bowser hints.

Interior Secretary David Bernhardt isn’t reassuring. “The unprecedented nature of the recent civil unrest at the U.S. Capitol coupled with the real and substantial threat of violence and unlawful behavior poses an unprecedented public safety and security challenge.” Patriots might not accept an illegitimate government, they worry.