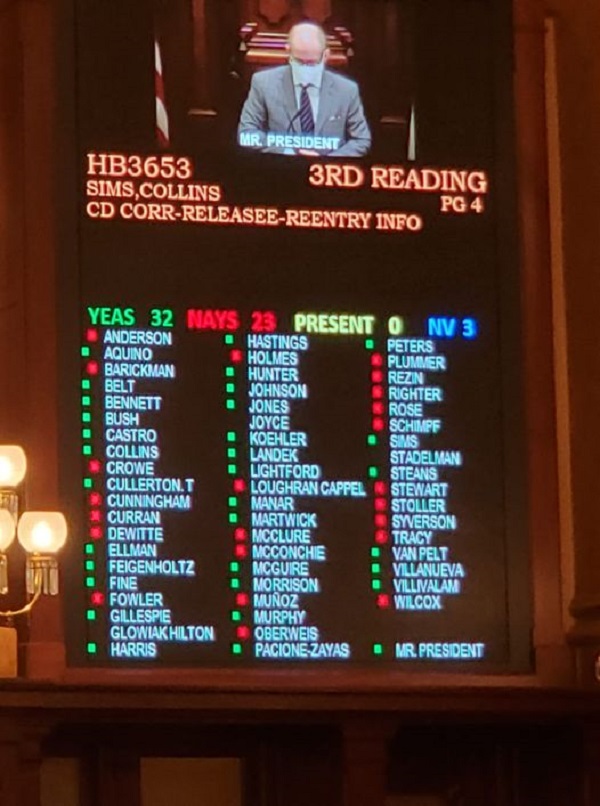 If you can leave Illinois you should. Police will not be able to do their job. Money will be removed, police can be sued and ruined, officers will be encouraged to retire and there will be no new hires. There won’t be much to stop law breakers. January 13 the House passed a huge criminal justice reform bill 50-60. Governor Pritzker will probably sign it. He can hide in his ivory tower. It went through the Senate overnight.

Police may have their lives ruined

“Qualified immunity” will be gone. People are going to resist arrest. They don’t want to be told no, they can’t do something. Qualified immunity protects officers. Without it, law enforcement will be reactive and cautious.

Energy Police Chief Shawn Ladd explains: “If the governor signs this legislation, and I have no reason to believe he won’t, law enforcement as we know it comes to an end. Safety and justice lose and criminals win. No cash bail will essentially equate to a catch and release scenario for many crimes. Even more troubling is the loss of “qualified immunity” for police officers. Simply put, the majority of states and courts have long recognized that in the lawful performance of their duty, officers are often confronted with suspects who resist arrest. This inevitably leads to use of force to some degree. Qualified immunity protects officers from personal civil liability in these instances. Suspects can bring suit against the employing agency but not the officer individually (personal assets vs. insurance coverage). This is a devastating provision that will turn proactive officers into cautionary, reactive officers. It will instigate a mass exodus of veteran officers opting for early retirement or outright career changes and dissuade quality candidates from ever pursuing the career. In my 30+ years as a police officer, I have never encountered more troubling news. If this bill is signed into law, the decent, law abiding citizens of this state will suffer immensely.”

No cash bail will be in effect so it will be catch and release. The definition of insanity will be going after the same criminal more than once. Why bother?

State Representative Dave Severin (R-Benton) voted no. “This is not the way to conduct the peoples’ business. The Senate passed the bill at 5 in the morning and the House passed it 4 hours later with less than an hour of debate,” Severin said. “That kind of heavy-handed display of raw political power is what turns people off to politics and leaves people ultimately disengaged and disenfranchised. I ask that the Governor veto this irresponsible legislation and implore Democrats to work with Republicans, law enforcement, and labor to provide legislative fixes for the many fatal flaws contained in the legislation as it passed the House and Senate.”

Police have to put themselves in harm’s way daily

People considering the field will pick something different, much the same way a potential Air Force candidate recently backed out of being in the military due to the incoming Commanding Officer. We all have that option. If the field you liked is going south, pick another field.

But public safety will suffer. It was pushed through when there would have been no time to talk about it. Franklin County Sheriff David Bartoni was pretty upset, “I am shocked and disappointed at the careless manner in which this 611 page bill was rushed to legislature vote during a lame duck session, without full stakeholder input. This swift and reckless decision today puts law enforcement officers at risk and will undoubtedly change the criminal justice system for the worse. The absurd language in this legislation, which makes it extremely difficult for officers to do their job, will certainly force good men and women to leave this honorable profession which will have far reaching impacts on public safety.”