Main stream television shows have turned many people off from the medium. There’s too much drugs and sex. Much to the main stream media’s chagrin, alternate media with conservative views have exploded so there’s no need to just see them. What if people have seen the damage done by straying from what built America? Enter American ingenuity spurred on by President Trump and those with different beliefs can be heard.

Trump has seen the destruction of the America he and so many others knew. That’s why he ran. He didn’t want the job. That’s very different from the personalities we’ve come to expect. People who run for President have the mindset that the country can’t live without them.

Conservatives know it shouldn’t be this way

Women aren’t just the hateful females you see on The View. Some ladies are conservative and voted Trump in. They’re fed up with the constant bashing they’ve seen the President and his family take as soon as Trump started talking.

Trump also has a sense of humor people are delighted to see. In this case, it manifests in a competition. The ladies of The View will have a conservative opponent in The Right View.

“For too long, women on ABC’s ‘The View’ have believed they represent all women’s views,”Mercedes Schlapp, Trump 2020 senior advisor for strategic communications. “They project the fake news’ narrative to viewers across the country and are obsessed with their blatant hatred of President Trump. Our new series — ‘The Right View’ — will make talk shows great again by breaking through the mainstream media’s deception and providing the facts about President Trump’s clear record of accomplishment,” she said.

Senior ladies from the Trump campaign will be hosting. They’ll be making sure the good things he’s done are said over the airwaves. These ladies include Lara Trump, the president’s daughter-in-law, former Fox News host Kimberly Guilfoyle, Schlapp and Katrina Pierson.

The program will air Wednesday at 8 pm across from The View. Trump’s unorthodox style of David and Goliath will be among the topics discussed.

This show could actually rival other conservative networks such as The Blaze and Fox Nation. Competition is good regardless. It’s healthy to see different thoughts along the same lines.

Taking advantage of the speed of technology

Anybody claiming Trump people aren’t diverse have been watching and listening to the wrong places. The campaign has been airing segments to the people home due to coronavirus such as “Black Voices For Trump,” “Women For Trump,” “Catholics For Trump,” “Army For Trump,” “Latinos for Trump,” and others.

“I think the American people, when they see the news, want to hear the truth,” Hicks said. “And right now, there’s just a massive distrust of what you’re seeing out there.” Indeed!

Denver City Attempts To Shut Down USPS...Then USPS Fires Back 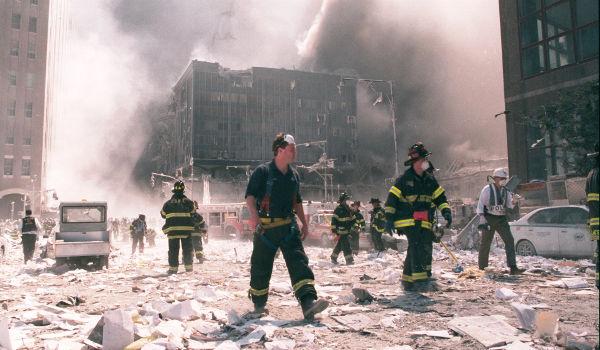 Big tech continues to censor Conservative voices. Youtube, which is owned by Google, just announced it will start…
byChristopher Dorsano