The DOJ can’t seem to nail down any felony charges against the people who took an unscheduled tour of the Capitol Building on January 6, no matter how hard they try to manufacture evidence. The Ministry of Justice was convinced they had a powerful ringleader dead to rights, but were forced to drop all the significant charges against Brandon Straka.

Imperial Minister of Justice Merrick Garland was terribly disappointed to drop the felony charges against Brandon Straka. The FBI were certain that the activist responsible for converting DINO Democrats to full fledged Republicans with his #WalkAway campaign was guilty of insurrection.

Then, it turned out that he never even entered the building. All he did was tweet about it. Prosecutors grudgingly reduced his charges to misdemeanor disorderly conduct and he accepted responsibility for that. Brandon still doesn’t think he did anything wrong, though.

Even without the felony charges, Straka is looking at up to six months in prison which is a lot longer than anyone who looted an Autozone last summer will see. The feds freely admit in the charging documents that “Straka never set foot in the U.S. Capitol building.” All he did was tap out a few tweets.

That is all it takes to be accused of “insurrection” these days. The Democrats are getting really frustrated that even their own team can’t seem to find any proof of it.

“I arrived at the Capitol a few hours ago as Patriots were storming from all sides,” he tapped out. At least, they looked like patriots. The ones who ended up as part of the barbarian invasion seemed mostly to be made up of QAnon followers and undercover FBI informants who poke and prod QAnon believers into domestic terror on “cue” spelled “Q.”

They didn’t commit any actual felony crimes though. Once the barbarians invaded, they mostly wandered aimlessly as tourists and snapped selfies to share with their friends. They didn’t get nearly as violent as the FBI had hoped.

Quite close to entering

Straka described on his social media account how he “was quite close to entering myself as police began tear gassing us from the door. I inhaled tear gas & got it in my eyes. Patriots began exiting shortly after saying Congress had been cleared.” He was expecting a revolution. “I’m completely confused. For 6-8 weeks everybody on the right has been saying ‘1776!’ & that if congress moves forward it will mean a revolution!” Conservatives were saying that. It isn’t a felony though. Trump supporters were really hoping that their patriotic rhetoric would give their elected officials a reason to take a hard look at what they legally could do, under our Constitution. Then do it.

Nobody was advocating violent use of force, only peaceful political pressure and the exercise of free speech rights and valid clauses of the Constitution. Conservatives still believe there were options available that day, which were neutralized forever by the probably “staged” event.

According to conservative outlets, a “significant majority of Republicans” are convinced that “liberal activists deserve more blame” than they have been getting.

They looted and burned their way across America. What was the result? The police were punished and defunded for trying to defend the property rights and safety of citizens. Poll after poll says Americans are unhappy about that. Where are the felony riot charges?

One of the progressive poll takers summed it up in small words that liberal Democrats can understand. “Americans want an examination of the riots over the summer and the origins of the virus over investigating January 6th,” Mark Penn wrote. He’s co-director of the Harvard CAPS-Harris Poll survey.

“The voters reject the Pelosi move to toss Republicans off of the committee and see it now as just a partisan exercise.” There won’t be any felony charges because nobody did anything but wander around and they were entrapped into doing that.

Biden Admin Decides to Embrace Trump Policy... How Will the Media Respond? 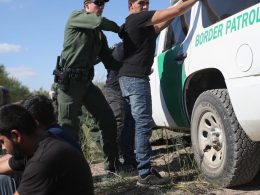