For each doctor that says one thing, you’re going to find another one that says something different and they’ll explain why. The problem is that a different opinion and explanation is no longer allowed. Multiple doctors have spoken out about COVID opposite what the main stream media has said and had their reputation ruined online. That’s not science. That’s propaganda involved in a civil war.

That people were surviving this virus at much greater numbers than the CDC will admit to. They were being treated, if not outright cured by things you could find working with a naturalist. Trump was successfully treated with monoclonal antibodies. Why is the vaccine being pushed so heavily when other remedies work just as well?

Among the most common symptoms is loss of taste and smell. The body uses zinc to fight COVID. Zinc is also used in taste and smell so when that mineral is depleted fighting COVID, you lose those two senses.

The science behind the shots

New York City might proclaim 96% of cases were among those who weren’t vaccinated and .33 were vaccinated. A couple questions come out of that. How trustworthy is New York City currently? And if the vaccine was full proof, nobody should be getting sick. Friends and family privately tell others that they got the COVID shot and got sick. The news won’t report that.

The CDC Director herself, Rochelle Walensky, had to quietly walk back that the vaccine isn’t a cure all after excitedly proclaiming that vaccinated people don’t transmit COVID 19. Provincetown, MA had a large outbreak percentage wise. Most of the 469 cases of COVID, or 74%, were all fully vaccinated.

Wasn’t the science settled on this? People that were healthy, that didn’t have the virus, got the shot and got sick. Provincetown, MA as well as many other people’s situations flew in the face of this “settled” science. Sounds like the current flu shots. People get the flu shot and get sick. Then why bother?

COVID is a virus. At least in the United States, doctors were unable to cure patients. The science has always told us viruses needed to run their course. The mix that cured Trump was suddenly unavailable. The incredible need to sell vaccines over much simpler remedies in and of itself points to other agendas. Something else that’s being forgotten is those who have had the virus have the best antibodies, better than what the vaccine can provide. Nobody remembers natural immunity.

Covid Origins Report Released and It's Worse Than Expected 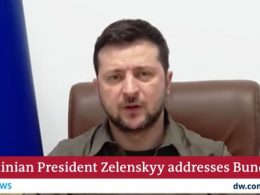 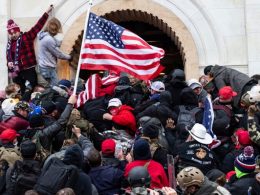 A Florida man has been ordered to pay $30,000 in fines for not mowing his grass after a…
byStaff Writer