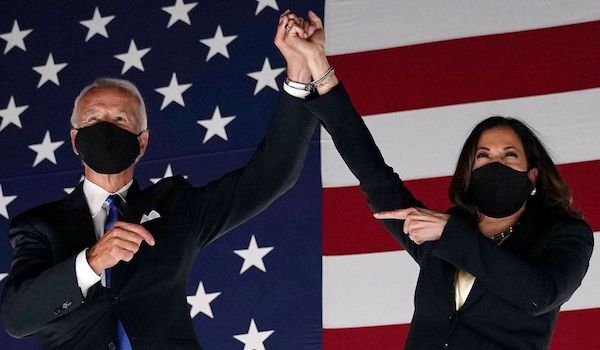 Joe Biden has big plans for his first 100 days in office. The 78-year-old “president elect” is preparing for an immediate stimulus bill as soon as he’s sworn in on January 20, 2021. That’s if President Trump’s legal team fails in their efforts to reverse the election decision in key battleground states.

Joe Biden and his advisors have made it clear. Their top priorities are containing the COVID-19 pandemic and getting rid of “racial inequality,” although it’s unclear exactly how they will do that.

But one thing’s for certain, Biden and fellow Democrats are preparing to pass a major stimulus package right after the inauguration. Biden also plans to sign a flurry of executive actions to undue a number of President Trump’s policies.

COVID-19 relief will be at the top of the agenda, and the administration will be attempting to carry out one of the largest most complicated mass vaccination campaigns in American history. Will you get your shot?

The Democrats have a House majority so now all eyes are on the upcoming Senate run-offs in Georgia. Two seats are up for grabs. Republicans must win at least one of those seats to keep a Senate majority.

With a Republican controlled Senate, many of the radical Democrat’s bills will be dead on arrival. The future of our country is now in the hands of Georgia voters. The historically Red state flipped Blue for Biden in this election. Now many Conservatives are nervous.

The Biden team is preparing for the worst, which would be a Republican controlled Senate putting a check on their radical agenda, and they are exploring executive orders to push their policies on the American people.

“There’s multiple things that are going to be taking place at the same time,” Biden said. “But the most important thing, I think, is to focus on those folks, who are always, when crisis hits, are the first ones hit — and recovery comes to last.”

**MEXICAN TROOPS PUSH BACK ON CARAVAN

This is just mass chaos. There are children in this stampede of people. Unbelievable scene.
pic.twitter.com/xXJP1R6npR

Another top priority for the Biden-Harris administration is creating a “pathway to citizenship” for 11 million illegal immigrants. He also wants to incentivize a transition from fossil fuels to green energy and it’s expected that this climate change initiative will be baked into the massive stimulus bill they put forward.

Other rumored plans include canceling student debt, using federal resources to “combat violence against transgender women, with a specific mind to transgender women of color.” These Lefties are truly insane. God help us all if they take control.

Worst case scenario: Republicans lose both Georgia Senate seats. Biden takes office in January with a Democrat majority House and Senate behind him.

They can pack the Supreme Court to outweigh the Conservative majority and pass pretty much any wacky bills they want. This will lead to the end of America, one way or another. Buckle up patriots.