The unexpected death of beloved comedian Norm Macdonald is driving fans to relive some of his finest moments online, including the infamous string of O.J. Simpson jokes which got him fired from Saturday Night Live. Macdonald is fondly remembered as a Weekend Update host who made no effort to go easy on Simpson, the Clintons, Michael Jackson, and other public figures. Macdonald passed away at 61 after keeping his cancer diagnosis private for nine years.

Norm Macdonald was generally regarded as one of the funniest men in the world by his colleagues in comedy and tributes from admirers have flooded in after the shocking news of his death.

One celebrity who has not been in any hurry to comment is O.J. Simpson, who was a constant target for the comedian while he hosted “the fake news” on Saturday Night Live during the O.J. trial.

“Well, it is finally official, murder is now legal in the state of California” was the culmination of a barrage of jokes which mocked the absurdity of the Simpson trial and the obvious guilt of the accused.

NBC executive Don Ohlmeyer fired Macdonald late in 1997, allegedly because he was angry with the comic for making so many jokes about his close friend O.J.

A year after being fired  he was invited to host SNL. In his monologue he summed up the surprising situation with this memorable line: “it occurred to me, I haven’t gotten funnier, the show has gotten really bad.”

While SNL and the O.J. affair may have been the most famous moment in his career, Norm Macdonald never stopped making people laugh, even after his cancer diagnosis; this he kept as private as possible so that it would not change any public perception of his work.

There was no room in his unique style of comedy for pandering or asking for pity. As a professional, Macdonald was never particularly interested in the celebrity lifestyle.

Despite his obvious intelligence and wit, Norm Macdonald understood that comedy should make people laugh, rather than crusading for political or social causes.

Senator Bob Dole, the Republican presidential nominee in 1996, paid tribute to Macdonald on Twitter; the comic had memorably portrayed the candidate on Saturday Night Live during his unsuccessful race against Bill Clinton.

While he never stopped doing standup comedy, he also devoted his talents to writing a comedic novel which was published in 2016.

Norm Macdonald never made a secret of the fact that he was a Christian, though he never sought to brand himself as a Christian comedian. Nor was he shy about discussing death and illness. RIP.

Was it the hand of God? A George Floyd mural on a wall in Toledo, Ohio was reportedly…
byScott Moore 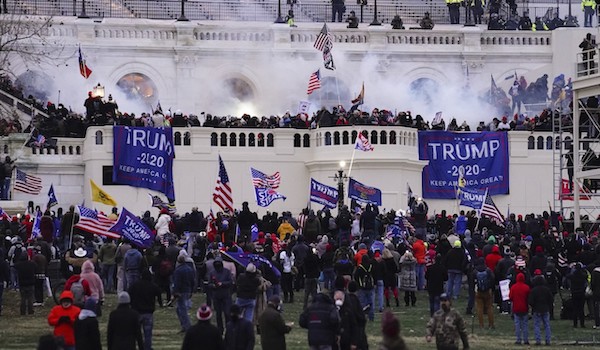