An ancient tablet containing a portion of one of the oldest literary works in human history has been formally confiscated by the federal government after it was found that the artifact was sold illegally to U.S. company Hobby Lobby. The 3,600 year old fragment of the Epic of Gilgamesh is believed to have been looted in Iraq and sold on the black market after the Gulf War or the 2003 invasion, both of which led to widespread looting of important archaeological heritage.

The owners of Hobby Lobby, who purchased the tablet in 2013 for their Museum of the Bible in Washington D.C. were given a forged letter of provenance which claimed that it had been acquired legitimately.

Hobby Lobby has encountered a number of legal issues resulting from their failure to properly authenticate artifacts purchased for the Museum of the Bible.

Looting of archaeological sites and museums for the black market trade in antiquities has been an enormous issue in Iraq and served as a major source of income for ISIS.

Hobby Lobby, which certainly ought to have known better, has been forced to hand over thousands of items which have been identified as stolen cultural heritage from the Middle East, including the Gilgamesh tablet.

The Department of Homeland Security currently holds the tablet, which was first seized in 2019. Despite being only 6 by 5 inches in size, the Akkadian language document has enormous historical and cultural significance.

The fragment contains a portion of the narrative in which the hero Gilgamesh describes his dreams to his mother Ninsun, who explains that they herald the coming of the wild man Enkidu.

One of our oldest stories

The Epic of Gilgamesh is generally considered to be the oldest true literary work that survives. It was probably composed somewhere around 2,000 B.C. and it remained highly regarded and popular work for many centuries.

The narrative recounts the story of Gilgamesh, king of the city of the Sumerian city of Uruk. He was probably a real historical figure who reigned several centuries before the creation of the Epic.

As described in the Hobby Lobby tablet, Gilgamesh meets the wild man Enkidu, created by the gods to be a foil to the arrogant king. The two fight and then become inseparably close friends. Their adventures together make up the first half of the Epic.

When the gods punish the pair by killing Enkidu Gilgamesh is heartbroken and becomes obsessed with avoiding his own death. He travels to seek the secret to immortality from a man whose story is nearly identical to that of the biblical Noah, which is likely what made the tablet attractive to Hobby Lobby.

Gilgamesh ultimately accepts that he must someday die like any other man and he resolves to do what good he can with the time he has left.  Despite being one of the oldest recorded stories, the Epic conveys universal human themes which are just as moving today as they were four millennia ago.

While the tablet will be a sizable financial loss for Hobby Lobby, humanity as a whole should be thankful that this priceless and timeless piece of our collective heritage has survived for future generations to study and appreciate. 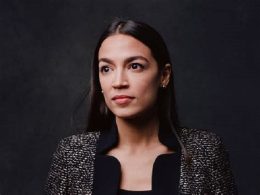