In general, President Biden has been very enthusiastic about dismantling every possible Trump era policy. In a rare change from this usual arrangement, the latest Biden executive order is actually strengthening a Trump Administration order targeting the Chinese military-industrial complex. The order is intended to ban American investments in companies which support Chinese military and intelligence.

The original executive order, signed last year by President Trump, targeted 31 companies which are owned or controlled by the Chinese military.

The intention of both orders is to ensure that Chinese military assets which could threaten America are not being modernized and expanded with private contributions from investors in the United States.

Chinese smart phone manufacturer Huawei was among the most prominent of the companies targeted by the Trump order.

While Huawei and others denied any connection to the Chinese military, the Chinese government was relatively reserved in responding. The Foreign Ministry limited itself to saying that the order would harm investors in both countries.

The Chinese desire to not escalate the situation any further was apparently motivated by the expectation that a Biden Administration would be willing to rescind the order.

The Biden Administration has indeed been accused of having too many connections to China; one recent nominee was even briefly employed by Huawei and the Chinese government. 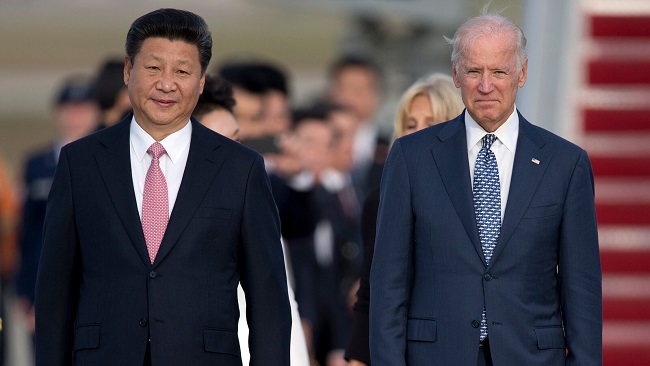 Instead of rescinding the executive order from Trump, however, Biden has now gone even further in his own order, now expanding the list to include a total of 59 Chinese entities.

In addition to broadening the ban, the Biden Administration claims that the new order will be more legally secure than the Trump Administration order was.

Several of the targeted companies did use legal means to lobby against their inclusion; two Chinese tech companies were able to successfully sue and gain exemptions.

In China and elsewhere, Biden foreign policy is turning out to be materially not much of a departure from the policies which were in place under Trump.

Perhaps the most significant change in the Biden executive order is the rhetoric used. Rather than focusing only on national security threats, the new order targets entities which contribute to “repression or human rights abuse.”

The Chinese reaction has again been somewhat muted thus far. China will no doubt continue to hope that it can encourage the Biden White House to adopt a more conciliatory stance.