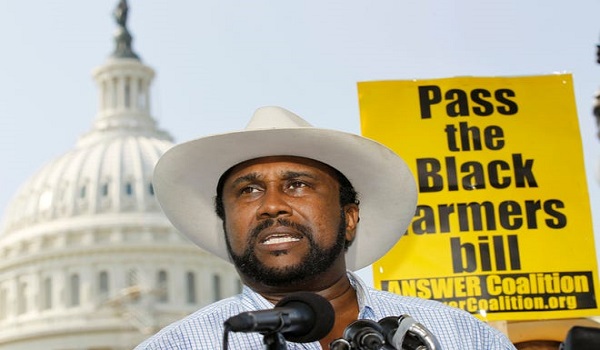 Farming is, like everything else, too white according to leftists in Congress and the media. A $5 billion relief bill passed by the United States Senate will specifically exclude white farmers from receiving any of the relief. According to the Democratic Party and their friends in the media, it’s a huge problem that so many of the people who keep America fed are white. It is apparently so problematic that it can only be addressed by actively and blatantly discriminating against white farmers.

Rural America is too white

Testifying before Congress on March 25, the president of the National Black Farmers Association claimed that black farmers are consistently forced into the background and left behind by their white counterparts and the Department of Agriculture.

As the Association is surely aware, farming in the United States is overwhelmingly done by white Americans. Only 45,000 of the 3.4 million farmers in the nation today are black.

Basic common sense should be enough to understand that this is just a demographic reality of modern America. The black population of America is heavily, and voluntarily, concentrated in urban areas. Leftist politicians may or may not be aware of the difficulty of farming on concrete.

Over the previous century most black farmers chose, for one reason or another, to move to the cities and take up new lines of work. This left farming mainly in the hands of those rural whites who Democrats hate so passionately.

The relief bill completely ignores this huge and vital swathe of the American populace, instead choosing to explicitly prevent them from receiving any of the $5 billion of Covid related debt relief which has been approved by the Senate.

The bill will also offer grants and assistance for minority farmers to acquire new land for farming, to make up for the amount of farmland which has allegedly been wrongfully taken from them by white farmers.

Don’t mess with the farmers

Of course, minority farmers have not been excluded from other proposed relief legislation. A bill which included equal assistance for all American farmers would have aided both black and white farming, as has been the case in the past.

Instead this legislation has been explicitly described as a form of reparations for redistributing land and wealth from white farmers to black farmers (and it’s just the start according to some leftists.)

In their enthusiasm for attacking American farmers, Democrats are choosing to ignore the fact that history has already shown them what happens when a nation turns against the farmers who keep it alive.

Zimbabwe, which famously and violently seized farmland and expelled experienced white farmers in the name of reparations, is now desperately hoping to win them back after discovering that talented farmers are absolutely vital to keeping a country intact.

Leftists who hope to make whites give up on farming altogether simply have no knowledgeable replacement population on hand which would be willing and able to make take over the farmland they hope to redistribute.

If they continue with this campaign to discriminate against American farmers, Democrats will undoubtedly learn the hard way that attempting to bully the people who grow the food will always backfire catastrophically for urban elitists.