The CEO of a private jet company was just arrested for trafficking underage girls. The undercover sting operation revealed Paul Alexander was selling access to girls as young as 12 years old. This wasn’t his first arrest for crimes against minors. Time to give this guy the chair.

The CEO showed the undercover officer naked pictures of underage girls and said sex was available for $300.

“An undercover cop posing as a customer met with Alexander—who showed him nude photos of the girls, charged him $300 for sex with them, and suggested he ply them with drugs and pot so they would be more cooperative,” authorities said.

He faces up to 50 years in prison if convicted. According to criminal records, Alexander was previously arrested for first-degree sexual abuse and possession of child pornography.

A girl contacted authorities and alleged that Alexander sexually abused her and other underage girls and promoted them for prostitution to other men.

The CEO has two previous convictions that placed him on the sex offender’s registry: first-degree sexual abuse in 1996 along with a separate conviction for possessing child pornography in 2003.

There were no further details released on Alexander’s potential number of victims or for how long he had run the operation.

“The NYPD and our law enforcement partners share a commitment to protect the survivors of child trafficking, and we will continue to fight on behalf of our society’s most vulnerable individuals,” NYPD Police Commissioner Dermot Shea said. “I thank and commend the NYPD detectives involved in this investigation and the New York State Office of the Attorney General for their efforts to ensure child predators are taken off our streets. The NYPD will continue to work with our law enforcement partners to eradicate the trafficking of children in our city and work to bring justice to victims of these heinous crimes.”

After Many Months of Fear Mongering, He Finally Walks it Back...And Trump Knew it Would Happen 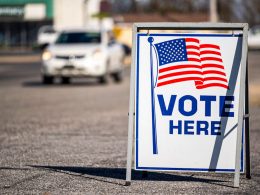