The unanimous decision of Manhattan’s 2nd Circuit Court of Appeals was hailed as “a major victory for Americans” by the DOJ. President Trump can force “sanctuary” jurisdictions to obey the immigration laws by withholding millions in federal law enforcement funds and there is nothing that whining liberals can do about it.

Justice for the DOJ

The decision by all three members of the appeals court panel on Wednesday was a huge victory for President Donald Trump, the DOJ and the rest of us too. The Justice Department was quick to issue a statement proclaiming a “major victory for Americans.” They’re thrilled that the court is “recognizing Attorney General William Barr’s authority to ensure that grant recipients do not thwart federal law enforcement priorities.”

So called “sanctuary” states and cities that blatantly refuse to cooperate with authorities and obey the law won’t be thumbing their nose at the President any longer. Since they aren’t enforcing the law, they don’t qualify for law enforcement money. Liberal lower courts granted a temporary stay in favor of progressive jurisdictions including the states of New York, Connecticut, Massachusetts, New Jersey, Rhode Island, Virginia and Washington. The city of New York was also part of the appeals package. At stake was “nearly $26 million of annual grants to the seven states and $4 million to New York City.”

The sanctuary communities were all bent out of shape at the DOJ for insisting that federal immigration officials have full access to the jails, and a heads up notification “when immigrants in the country illegally are being released from custody.” If they won’t allow the feds to do their jobs, they don’t get any funds. It’s possible there will be an appeal to the Supreme Court but even if the liberals do go that route, there is no guarantee the Supremes will consider the case.

In their joint decision, Judge Reena Raggi wrote, the case revolves around “several of the most divisive issues confronting our country” including “immigration policy and law enforcement, illegal immigrants, and the ability of state and local governments to adopt policies the federal government dislikes.” Progressive Manhattan lower court judge Edgardo Ramos was upset that “the administration acted arbitrarily and capriciously in withholding grants without considering the impact on local law enforcement.” Judge Raggi explains where he missed the point. Conditioning the money on obeying the law helps “the federal government enforce national immigration laws and policies supported by successive Democratic and Republican administrations.” 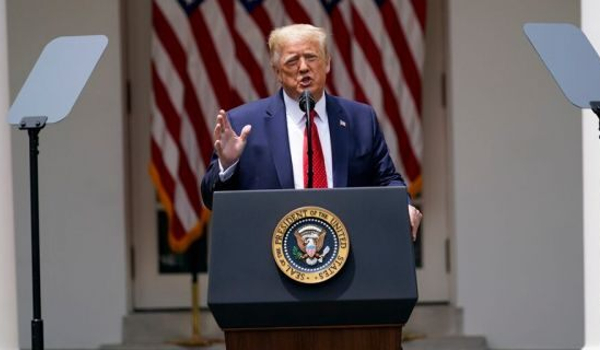