Oath Keepers founder Stewart Rhodes was convicted of masterminding a plot to prevent the transfer of power from Trump to Biden in the 2020 election. Others were convicted as well of felony charges such as obstruction of Congress. Rhodes’ conviction is the most significant of the January 6 convictions. Dozens of Oath Keepers stormed the building and chased Congress into hiding, suspecting massive fraud.

Oath Keepers among many

The January 6 investigation is sprawling. Rhodes’ ally Kelly Meggs was also convicted but three co-defendants were acquitted of helping Rhodes. They were Jessica Watkins, Kenneth Harrelson and Thomas Caldwell.

All five though were convicted of a number of felony charges. Attorney General Merrick Garland praised the decision. It was important to hold lawbreakers accountable for their actions against the election.

They must be punished

Garland put out a statement,

“Today the jury returned a verdict convicting all defendants of criminal conduct, including two Oath Keepers leaders for seditious conspiracy against the United States. The Justice Department is committed to holding accountable those criminally responsible for the assault on our democracy on January 6, 2021. The prosecutors and agents on this case worked tirelessly, with extraordinary skill, and in the best traditions of the Department of Justice.”

FBI Director Christopher Wray echoed Garland, “Breaking the law in an attempt to undermine the functioning of American democracy will not be tolerated.” Those Oath Keepers faced jail time.

Rhodes himself faces a maximum of 60 years, including 20 for seditious conspiracy. Meggs is looking at 86 years, Watkins will be imprisoned for 56 years, Harrelson for 46 and Caldwell for 40. Federal sentencing guidelines can wind up being considerably less than the maximum.

There were 12 jurors that deliberated for three days. Defense attorneys vowed to appeal and were hopeful in that there were acquittal charges. One of Rhodes’ attorneys Ed Tarpley called it a “mixed bag”. Attorney Lee Bright thought the jury was fair, that their actions showed thoughtfulness but thought the result might have been different if the trial was outside Washington, DC. 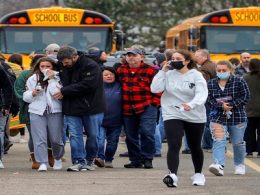 52 years after being nearly killed in Vietnam, an Idaho Marine veteran has finally received his Purple Heart…
byStaff Writer 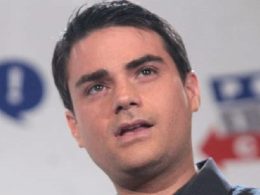 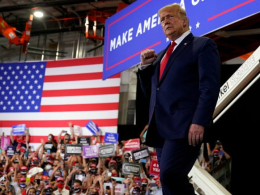