It might have been something bigger and better but it was put together bad from the start. If there’s no impartiality, it does no good to have it. Impartiality is built into the Constitution. It’s part of due process, trial by jury and equal protection. But the FBI missed that. Although the raid on Trump’s residence was shocking, the FBI has a record of doing things like that. It’s first director was J. Edgar Hoover.

It started in 1908 as the Bureau of Investigation by Hoover who set the tone. He graduated George Washington University and joined the Justice Department in 1917.

The same year, the Espionage Act was passed. Hoover would later use this Act to punish suspected communists during the Palmer raids of the Red Scare.

Hoover held that position for a long time, from 1924 until he passed away in 1972. His ability to monitor people and dig up damaging secrets undoubtedly kept him there for that length of time.

Some of the methods he used bent the definition of legal. Hoover spied on Dr. Martin Luther King Jr., Eleanor Roosevelt, Walt Disney, Jackie Robinson and Helen Keller while allowing organized crime leaders to walk by.

Americans have lost faith in the FBI following raid on Trump’s homehttps://t.co/s9ICTQuyyV

FBI as the Gestapo

Among the people Hoover’s actions bothered was President Harry Truman. Truman wrote, “We want no Gestapo or secret police. FBI is tending in that direction. They are dabbling in sex-life scandals and plain blackmail… Edgar Hoover would give his right eye to take over, and all congressmen and senators are afraid of him.”

Although Hoover is no longer in charge of that agency his spirit lives on in it. “Gestapo” is a good description of the modern FBI. Over half of surveyed voters or 53% agreed with political strategist Roger Stone that there is “a group of politicized thugs at the top of the FBI who are using the FBI … as Joe Biden’s personal Gestapo.” Stone would know, he was a target.

The FBI hasn’t learned much from the J. Edgar Hoover days. https://t.co/B41ghvWmEj

The FBI was involved in the election

The Russian collusion investigation done by Hillary Clinton targeted Trump and those who believed in him, such as Lt. Gen. Michael Flynn. The New York Post knew there was nothing to the allegations but pushed forward anyway, subjecting the nation to harmful lies.

Facebook CEO Mark Zuckerberg spoke on “The Joe Rogan Experience” recently that the FBI had contacted him to warn of Russian propaganda to censor “election misinformation”. This resulted in information on the Hunter Biden laptop being limited during the 2020 election.

The agency smothered a story that would have helped President Trump get elected again. This has been going on a long time. The agency needs to be dismantled.

SHOCK POLL: Trump Is OUT 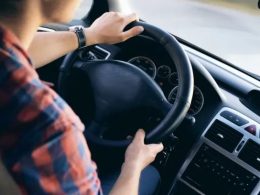