President Biden is giving up on his nomination of radical leftist Saule Omarova to lead the Office of the Comptroller of the Currency but he is not admitting that he made a mistake in appointing the communist to the position in the first place. Omarova, born and raised in the former Soviet Union, has continued to express admiration for the USSR. She requested that her nomination be withdrawn after it became clear that Republicans would not allow her to be confirmed.

If she had been confirmed to lead the Office of the Comptroller of the Currency, Omarova would have been in charge of regulating banks in the United States.

Omarova, however, is so radical that it is debatable whether or not she believes that private banks should even be allowed to exist.

Accused by Republicans of wanting to nationalize banks, Omarova has called for a “democratization” of currency and the economy in the United States.

“Democratization” as she puts it, would essentially involve introducing a degree of central planning which is traditionally far more reminiscent of Moscow than of Washington D.C.

That isn’t very surprising given that Omarova never actually turned her back on the Soviet Union. She never fled the country or defected in opposition to the communist party.

Her radical views make it very worth pointing out that she comes from the former USSR. If it talks like a communist and emerged from a communist country it shouldn’t be much of a stretch to assume it’s still a communist.

Biden made it clear in his statement that he did not want to withdraw her nomination. Omarova herself requested that her name be taken out of consideration and Biden agreed to do so.

None of this happened voluntarily but it was made very clear to both that they would not have the necessary votes in the Senate to confirm her nomination.

Every Republican senator and at least  five Democrats had already said that they would not be willing to see Biden’s radical nominee confirmed in her desired post.

She has only herself to blame for that, given that as recently as 2019 she was happily posting on Twitter about the wonderful absence of a gender pay gap in the old USSR.

If the kind of equality Omarova wants to pursue in the United States is the old communist style, in which everyone is equally poor (except for the party leaders) then this nominee could have really helped the Biden administration in doing even more damage to the US economy than it already has.

Biden’s radical nominees again show how laughable it was to claim that he was running as a moderate candidate. Biden himself may not have the personal agency to have a real ideology but the people who make the real decisions in the White House are operating as true left-wing extremists.

A report broke that has a lot of people up in arms. The Department of Homeland Security (DHS)…
byAnthony Smith 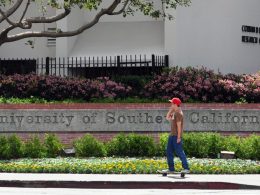