A dispute over rent allegedly led a Las Vegas landlord to shoot three of his tenants early on the morning of August 10. 78 year-old Arnoldo Lozano-Sanchez was arrested by SWAT police after a brief standoff and now faces charges for murdering two women. A man was also shot multiple times and is hospitalized in critical condition, though he is expected to survive. Police apprehended Lozano-Sanchez and recovered his handgun without any further shooting.

While the precise events that led to a shooting are unknown, police reported that the incident exploded out of an argument over unpaid rent.

All three of the victims were tenants Lozano-Sanchez and the dispute apparently began with a confrontation between the landlord and one of the two female victims.

The landlord allegedly told a witness several days before the shooting that he would “handle this his way” rather than calling the police to evict the tenant or tenants who were not paying rent.

After shooting the first tenant he proceeded to shoot the other two several times, clearly intending to kill. Police have not released the identities of any of the victims yet.

Neighbors reported that they did not know Lozano-Sanchez particularly well, though there was no mention of his causing any past violence or disturbances.

Police were able to negotiate a quick end to the standoff once they arrived and Lozano-Sanchez is now in custody and facing multiple charges. 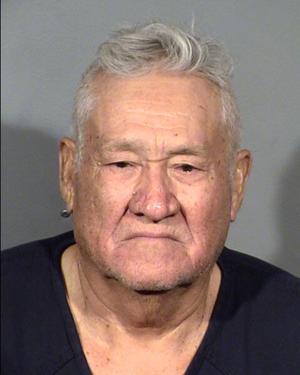 Questions were raised about a potential connection to the controversial pandemic eviction moratorium ordered by the CDC.

The moratorium is intended to prevent evictions for tenants who are unable to pay rent or find new housing due to the effects of the pandemic.

The policy only prevents evictions temporarily; tenants still owe rent and will have to pay their landlords eventually, a situation which is not especially satisfying for either landlords or renters.

The legal status of the moratorium is also questionable. Technically it only prevents law enforcement from forcibly removing tenants for a certain length of time.

Landlords may still file eviction requests, which may result in court battles over unpaid rent even if renters cannot be physically evicted.

If Lozano-Sanchez felt that there were no legal avenues for him to evict tenants who were not paying rent then the moratorium may have driven him to decide that he could only deal with the situation “his way.”

The relationship between Bill Gates and Jeffery Epstein seems to have been even closer than previously reported. New…
byScott Moore