It seems Katie Coyne-McCoy is looking for attention from the left. For what it’s worth, at least she’s being honest. Democrats would love it if anything conservative would just shut up. When was the last time you saw the main stream media mourn the death of a conservative? It’s even more helpful that Lindsey Graham blew out their narrative. He’s vaccinated and he tested positive for COVID!

Democrats used to work for the country

Not any more. Why is Ms. Coyne-McCoy under fire, because she wasn’t supposed to say that out loud? Or she’s just trying to score points with fellow Democrats?

Coyne-McCoy said on Twitter that’s since been deleted, “It’s wrong to hope he dies from Covid right? Asking for a friend. #COVIDISNOTOVER #LINDSEYGRAHAM.”

At least one news outlet, Fox, tried to be in touch with the Rhode Island Democrats but there was no response. Suddenly they aren’t talking. Well, hey, shutting up Trump worked to get him out of power. Maybe shutting up Mr. Graham will work too.

Coyne-McCoy is a registered lobbyist. Her being hired only pushes the Democrat party that much further toward war. People have pushed back against the propaganda but it hasn’t been enough.

Has been screaming for people to get vaccinated so we can “get back to normal”. It’s all about “the science”. It was about the science for maybe the first two months. When Trump suggested COVID could be cured with hydroxychloroquine the media lost their minds.

It should be each person’s choice as to whether to be vaccinated but people saw the writing on the wall. Democrats were ready to push this where it would give them an advantage. Lindsey Graham personally thought it was a good idea so he encouraged it. “The sooner we get everybody vaccinated, the quicker we can get back to normal.” 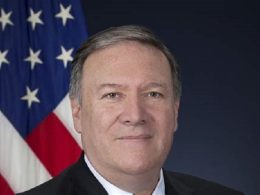 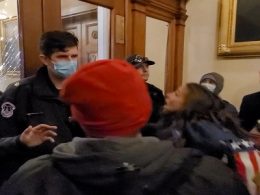 In an interview with “America First” host Sebastian Gorka on Monday, Representative Matt Gaetz responded to a claim…
byStaff Writer 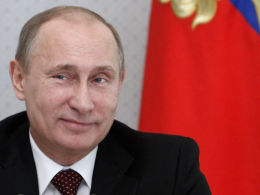