The East German Stasi really just needed a better public relations department. The FBI is, like other oppressive secret police forces which exist to quash internal dissent, rounding up entire families now for protesting against the Biden regime. Unlike the Stasi, the American feds eliminate political dissidents with kid gloves provided by a media establishment which is overwhelmingly willing to serve as an outsourced propaganda department for the regime.

The Munn family were, like millions of other Americans, outraged at what they saw as an election being stolen right in front of them without any opposition from their elected representatives.

Like many others, the family traveled to D.C. on January 6 to protest because there was no other way to ensure that their voices would be heard in a country which was already suppressing dissent.

After seeing a Summer of constant looting, burning, and violence in every big city in the country, the Munn family mistakenly assumed that they would be allowed to take part in a protest of their own.

Unfortunately, the family was catastrophically mistaken. Now, with the exception of one minor, the entire family has been rounded up by the FBI like so many others.

The FBI and other intelligence agencies have, for the last six months, been shamelessly encouraging American citizens to turn in friends and family members who are not sufficiently devoted to the regime.

Germans and Russians behind the Iron Curtain needed to be bribed or threatened to make them inform on their relatives and neighbors. Americans are doing it for free.

Family members and peers are often best positioned to witness signs of mobilization to violence. Help prevent homegrown violent extremism. Visit https://t.co/bql36iSbig to learn how to spot suspicious behaviors and report them to the #FBI. #NatSec pic.twitter.com/ZwJp5h5bWD

Crushing internal dissent but with a good PR team

The principal targets of the American intelligence agencies in 2021 are not Soviet agents or Saudi militants, they are flag waving, anthem singing American citizens.

This transition has been hardly noted by most of the country. The FBI has loyal fans in the media and a large segment of the American population which is perfectly willing to see their political opposition being targeted.

This quiet shift represents an enormous change in American culture which has been ignored to an almost criminal extent. This goes beyond the official encouragement of snitching, which is un-American enough.

For perhaps the first time in American history the intelligence agencies are primarily being used against American citizens who hold certain political beliefs.

Many countries have turned their intelligence apparatuses against their own people. What makes the FBI and their colleagues unique is the fact that they can do it all with such smiling malevolence and still be believed by most of America.

With straight faces these intelligence agencies are charging the Munn family with protesting in a Capitol building, something which countless leftists have done and gotten away with. The FBI is an aggressively partisan institution, a fact which the Munn family has learned the hard way. 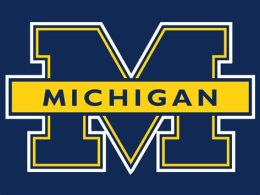 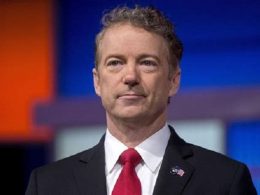