A White House press charter plane preparing to leave for Europe on June 6 was delayed by a swarm of cicadas which invaded the exterior of the aircraft. The flight to the United Kingdom was accompanying Joe Biden on his first trip abroad as President when the Brood X cicadas swarmed the charter plane. President Biden himself was forced to swat off the cicadas while boarding Air Force One.

Biden is traveling to Cornwall in the southwest of the United Kingdom to attend the Group of Seven summit being held there. Biden is scheduled to meet with a number of world leaders at the event.

The cicada attack may be a bad omen for a trip which Biden hopes will show the rest of the world his competence as President.

While Air Force One was able to take off without incident, the press charter plane had to be swapped out for another after the cicada problem was discovered.

The auxiliary power unit on the Delta Airbus A330 was disabled by the swarm; Delta apologized for the “rarest of entomological delays.”

The Brood X cicadas are indeed a rare sight, but for the next several weeks in Washington D.C. they will continue to be anything but rare.

These cicadas will begin to die off at the end of June and in early July, after which they will not be seen again above ground until 2038.

The rest of the ecosystem enjoys the swarm

The Brood X cicadas which attacked the press plane are a species of periodical cicadas which only emerge as adults every 17 years.

The cicadas are located in the Mid-Atlantic region from Virginia to Pennsylvania, with Washington D.C. located in the middle of their geographical distribution.

The insects live underground for 17 years and emerge all at once in huge numbers, mating and laying eggs in trees before dying.

The nymphs that emerge from the eggs six weeks after they are laid will then drop from the trees and burrow into the ground, where they will remain until they reach their own 17th birthday and emerge again.

While they may have been a nuisance to the press and the President, the emergence of Brood X is a wonderful time for the many other species that feed on them.

Birds, opossums, frogs, fish, turtles, and a wide variety of other animals will spend the month of June eating as many of the cicadas as they can and will still leave huge numbers of the Brood X cicadas to surface again in 2038. 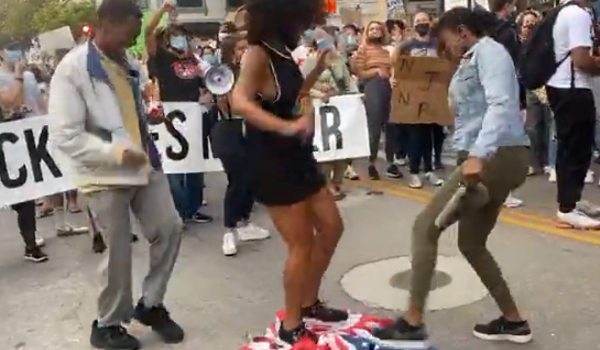 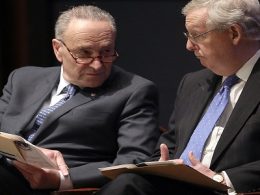 The Senate is apparently ready to approve the inclusion of women in any future draft. There has not…
byScott Moore 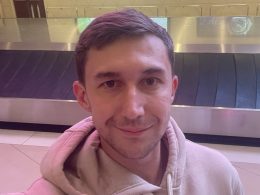