Hillary Clinton returned to Twitter before the Memorial Day weekend to falsely claim that Republicans at the Capitol killed a police officer. Brian Sicknick, presumably the officer who Clinton was referring to, is confirmed to have died of natural causes after a stroke. Clinton and other Democrats have continued to widely refer to the death of Sicknick as being caused by Trump supporters, in spite of the official announcements which have dismissed this as a possibility.

In fact, the only individual who was killed in connection to the events of January 6 at the Capitol was Ashli Babbitt, an Air Force veteran who was shot after entering the building. Babbitt was unarmed at the time.

The angry statement from Clinton was in response to the defeat of a push by Democrats to organize a National Commission to investigate the events of the day.

Advocates in Congress and the media have repeatedly attempted to use this potential Commission to compare January 6 to September 11, an indication of how radical Democrats intend for the Commission to be in pursuing Republicans.

Brian Sicknick has been widely used by Democrats and their media allies as the smoking gun which proves that Trump supporters and Congressional Republicans have been responsible for at least one murder.

Unfortunately for Clinton, actual investigations into the cause of death have repeatedly failed to find any evidence at all which would indicate that the death of Sicknick can possibly be blamed on the protesters.

Oft repeated claims that Sicknick was beaten to death with a fire extinguisher have been completely disproven; medical examiners found no evidence of blunt force trauma and prosecutors have found no material to support murder charges against any of the protesters.

Protesters who have been wholeheartedly supported by Clinton and other Democrats, however, have been responsible for a number of easily proven and malicious murders and assaults .

Notably, retired St. Louis police captain David Dorn was murdered by BLM affiliated looters on the night of June 20, 2020 after the 77 year old attempted to protect a pawn shop owned by a friend.

The death of Dorn, who was black, was streamed on Facebook Live by protesters. The murder was widely condemned but Clinton and other Democrats refused to make the obvious connection to the broader BLM movement.

The death of Sicknick has, with no evidence or factual basis, been repeatedly blamed on Trump supporting protesters and on Republicans in general.

The death of Dorn, in spite of the abundant evidence, has had no impact at all on Democrat support for BLM protests and riots nationally.

For all of the leftist fixation on “fake news,” the supposed murder of Sicknick has been one piece of fake news that Clinton and other liberals are entirely unwilling to abandon. Leading Democrats have no intention of letting reality get in the way of good propaganda.

Police Hating Politician Gets Car Stolen, Guess Who He Called... 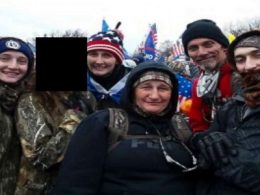 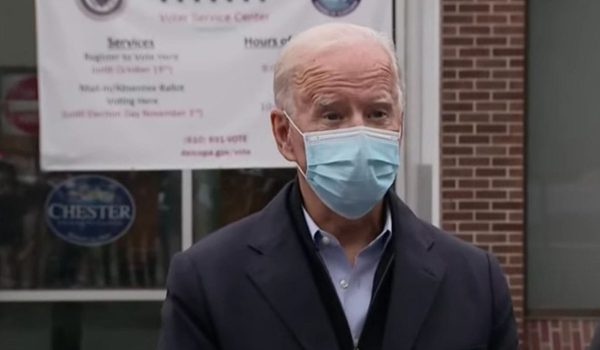