A manhunt is still underway in Florida for a trio of mass shooters. Security footage which is described as “harrowing” was released on Monday by Miami-Dade Police. It captures an act of domestic terrorism as it happened but the terrorists are still on the loose. Black anarchists ambushed an album release party and rap concert. Black lives don’t matter to Black gangsters. The tragedy occurred in North Miami-Dade, near Miami Gardens.

At least 20 people were injured and two more murdered, by three masked shooters in a white SUV, in early Sunday Morning mayhem. The apparent assassination happened at the “El Mula Banquet Hall,” which used to be called “Magic Mushroom.”

Police explain that it “had been rented out for the evening” to host “a Memorial Day Weekend album release party on Saturday night featuring live performances from local rappers, including ABMG Spitta.”

Police are calling what happened a “targeted act of violence.” Several well armed concert-goers “returned fire” with the shooters, who “fled the scene and remain at large.”

Crime Stoppers will hand a cool $30k to anyone who turns them in. Businessman Marcus Lemonis sweetened the pot with another $100,000 for tips that lead to an arrest. Police accidentally blew their cover by announcing that they plan “to staff any other parties around town with off-duty cops” hoping to pick up leads from the gossip.

The cops are calling it “the worst mass shooting in the county in recent memory.” Two were killed on the spot and authorities relate that three more of the victims are in critical condition.

According to Miami-Dade Police Director Alfredo “Freddy” Ramirez, “three shooters armed with handguns and semi-automatic rifles emerged from a white Nissan Pathfinder and fired dozens of bullets ‘indiscriminately’ into a crowd gathered for a rap concert outside the El Mula Banquet Hall.”

Chaos in the aftermath

All that’s really known, so far, is that the attack was “definitely not random.” Three “gunmen in ski masks and hoodies ambushed a crowd leaving a rap album release concert at a club in Northwest Miami-Dade early Sunday morning, unleashing a barrage of gunfire that killed two and injured 20 others.”

It was a planned bushwhack. The “shooters sat patiently in the vehicle waiting for the target — or targets — to leave the club before exiting the SUV and taking aim.” Unidentified people in the crowd shot back.

Then the chaos started. Suddenly, “paramedics, friends and family members” pitched in to drive “victims to various hospitals in both Miami-Dade and Broward counties.” Not only are police clueless about the identities of the shooters, they’re “still trying to identify everyone who was shot.”

Miami-Dade Fire Rescue accounts for eight of the injured but Detective Angel Rodriguez said “at least 12 other victims went to various hospitals on their own.” The two killed were “pronounced dead at the scene.”

Chief Ramirez is furious. “This type of gun violence has to stop,” he declares. Somebody knows who the shooters are and they can get rich quick if they drop a dime.

“Every weekend it is the same thing. This is targeted.” come forward, and you get $130,000 smackers. Meanwhile, police continue to comb through the crime scene for bullet shells and they’re digging even deeper into social media accounts.

Police Hating Politician Gets Car Stolen, Guess Who He Called...

Head of social media app Instagram Adam Mosseri said Monday that Facebook has a bias, replying to a…
byRyan Michael 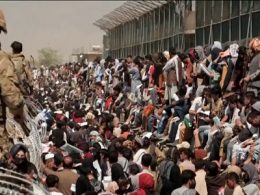 An Oklahoma man suspected of murdering three people has confessed to killing his neighbor, cutting her heart out,…
byRyan Michael 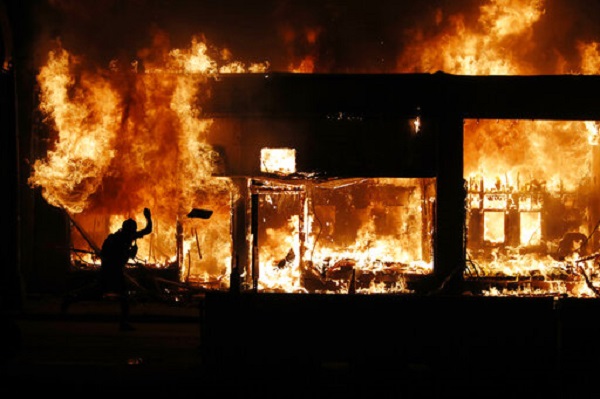