According to the statement, Yang is “experiencing mild symptoms” and will “quarantine in accordance with public health guidance and follow the advice of my doctor.”

It’s not immediately clear where Yang was exposed to the virus, and he said that his Covid-19 tests were coming back negative as recently as this weekend. Yang was forced to quarantine in mid-January after one of his aides tested positive for the virus.

“During this time, I will continue to attend as many virtual events as possible, in addition to working with our incredible campaign team to continue our mission of getting New York City back on its feet,” said Yang.

Democrats run around the country while telling us to stay home

Yang developed a dedicated following during his unsuccessful 2020 presidential campaign, during which he ran on the proposal of creating a monthly universal basic income of $1,000 for every American.

After speculation about a potential run, Yang officially threw his name in the ring to replace Mayor Bill de Blasio (D) when he reaches his term limit this year, entering a crowded race with upwards of 20 candidates, including prominent local figures like Brooklyn borough president Eric Adams. Yang boasted a narrow lead over the pack in early polling. The Republican and Democratic primaries are set for June 22 and the general election is on Nov. 2.

Many residents fled New York City in 2020. The combination of COVID lockdowns in the city, job losses and skyrocketing crime has made living in The Big Apple far less appealing. The city finished 2020 with a 14-year high in violence, according to Police Commissioner Dermot Shea.

Meanwhile, murders are up 40%, from 312 in 2019 to 468 in 2020, NYPD records show. Victims range from a 1-year-old boy shot at a barbecue in Bedford-Stuyvesant, a 29-year-old father gunned down as he walked hand-in-hand with his young daughter while crossing a street in Claremont and a 60-year-old woman struck by a stray bullet in Brownsville. 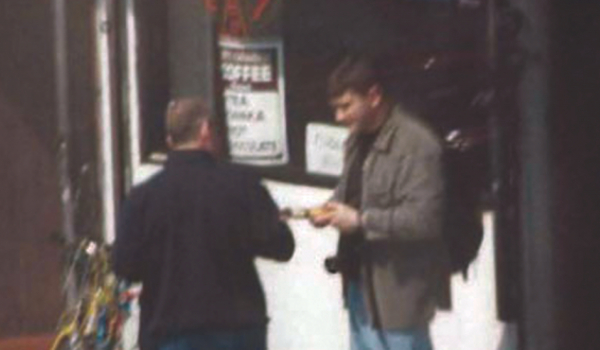