This could only be revealed after a Democrat was safely in the President’s chair. The whole scam was designed to bring Trump and his supporters down. He upset the apple cart. The agenda was transparent. MSM refused to report correct stats and shut down anybody that suggested a cure or treatment. Among the treatment options is HCQ which both Facebook and the American Journal of Medicine now admit that it works.

HCQ could have saved lives

But the Democrats hated Trump and by extension the people who voted him in so bad, maybe killing a few of us off might be a good idea. A recent test showed countries that treated coronavirus patients early on with HCQ had an enormous reduction in mortality, 79%. People might be alive today if the MSM actually reported the news.

Since the agenda was all about getting back at Trump and Democrats never face consequences, this behavior will only continue. Even with Trump no longer President, his supporters still need to be destroyed.

Back in April 2020 Trump himself said HCQ showed great promise. The MSM thought he’d get everybody killed since he’s not a doctor. But then, the MSM turned around and slandered and savaged doctors that successfully treated patients with HCQ. A MN state legislator who also happened to be a doctor agreed with Trump on HCQ but the MSM went after him. Big Tech went right along with it. “Anybody use the term Hydroxychloroquine and we’re going to ban you. Ok? Even if you are a doctor.” Once this latest article came out, Trump said, “I told you so”.

Democrat controlled states even banned it. Many people have lost trust in the medical profession now. Governor Sisolak may have even made it a criminal offense to prescribe HCQ for outpatient use. At the very least, he hoarded it.

It’s been successfully used to treat malaria, rheumatoid arthritis and lupus for decades. But because Trump was in office and recommended it, the MSM savaged it.

There are a number of treatments or even outright cures for this. If you started googling, you’d see other people’s tracks looking for natural options. Each option might have shown “not safe” or “not effective” or something like that. Some people might remember their mother telling them when they had a cold (a virus) to “eat their zinc”. Your body can’t store zinc. That mineral is used up fighting COVID. That’s why people lost their sense of taste or smell. 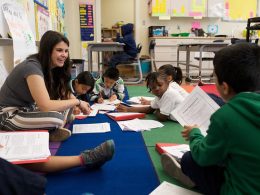