A former state representative in Colorado sued Republican U.S. Rep. Lauren Boebert on Sunday after being blocked from the first-term federal lawmaker’s Twitter account. These Lefties are such cry babies.

Attorneys for Democrat Bri Buentello of Pueblo filed the lawsuit in U.S. District Court in Denver, claiming she was blocked after calling for the Colorado Republican to be recalled in the wake of the Jan. 6 riot at the U.S. Capitol by loyalists to President Donald Trump.

The suit seeks a court order for Boebert to unlock Buentello on Twitter and a declaration that the Republican’s actions violated Buentello’s constitutional rights to free speech.

Boebert’s chief of staff, Jeff Small, said her office was not commenting on the case.

Her communications director, Ben Goldey, quit last week, less than two weeks after Boebert was sworn into office. Goldey said his action was prompted by the riot at the Capitol.

An attorney for Buentello said Boebert’s “stifling” of critics should be of concern to everyone.

“She believes the Constitution begins and ends with the Second Amendment,” said attorney David Lane. “We are trying to teach her that the Constitution is broader and that every provision has to be protected.

Buentello, who lives in Boebert’s district, served a single term in the state House of Representatives before losing a bid for reelection in November.

These Lefties just celebrated President Trump being booted off social media, but now they’re filing lawsuits for being blocked? These people are insane.

At least @laurenboebert is still out there. pic.twitter.com/bhihXYswqQ

Lauren Boebert is a rising star in the GOP who is coming under fire from the radical Left.

On December 8, 2020, Boebert tweeted, “I’ve always heard to ‘speak softly and carry a big stick.’ I prefer to speak loudly and carry a Glock.”

Breitbart asked Boebert about her intentions upon taking office in January 2021 and she said, “I will carry a firearm each day in D.C.”

She explained that as a representative, she will not be driven from her residence to the capitol “in an armored vehicle.” Rather, her safety will frequently be in her own hands.

“I am my security,” Boebert said.

She added, “Washington, DC, like most Democrat-run cities, has a violent crime problem, so I certainly need a way to protect myself and I will be carrying each and every day.” 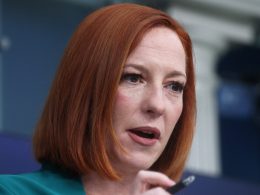 One member of Antifa at least has had to face consequences for his actions. Davon De-Andre Turner has…
byStaff Writer 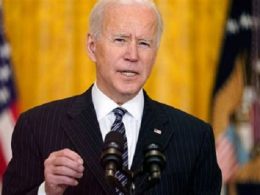