There’s no doubt about it. Two Chinese scientists confirm that the killer coronavirus leaked from a lab no more than 300 yards away from the seafood market “epicenter” of the outbreak. “Somebody was entangled with the evolution of 2019-nCoV coronavirus.”

Experts confirm it was built in the lab

Whistle-blowing Biologists Botao Xiao and Lei Xiao made an advance copy of their research public and it quickly disappeared. Luckily a researcher at Flu Trackers was able to reprint their paper before it vanished forever. “This paper disappeared from ResearchGate. I was able to piece it together from Wayback Machine,” they write.

In their “pre-print” research article, titled, “The possible origins of 2019-nCoV coronavirus,” the scholars from Wuhan, China confirm that this virus was engineered in a lab. They also put their lives at risk to contradict the official story that “the virus jumped from bats to humans at the Wuhan wet market.” In their “summary,” they write, “somebody was entangled with the evolution of 2019-nCoV coronavirus. In addition to origins of natural recombination and intermediate host, the killer coronavirus probably originated from a laboratory in Wuhan.”

The biologists pinpoint two specific labs where the Franken-virus likely originated, One is within 300 yards of the infamous “wet market” and the other not far away. The first candidate is the Wuhan Center for Disease Control and Prevention. If it wasn’t that one, then it was probably the Wuhan Institute of Virology. Both are rumored to be “the premier biological warfare facilities for the Chinese military.”

They also confirm in their report, based on an article written by bat virus expert Dr. Peng Zhou, Ph.D. that “the genome sequences from patients were 96% or 89% identical to the Bat CoV ZC45 coronavirus originally found in Rhinolophus affinis.” They probably meant “between 89% and 96%” and something got garbled in translation. It’s highly interesting to note that Dr. Zhou is one of the prime suspects as the actual creator of the bioweapon. When ZeroHedge outed him recently, they were Twitter banned for life.

The scientists point out that even though “33 out of 585 samples collected in the market after the outbreak” tested positive for the suspect strain, doesn’t mean they were infected naturally. They say the evidence indicates the exact opposite. “The bats carrying CoV ZC45 were originally found in Yunnan or Zhejiang province, both of which were more than 900km (560 miles) away from the seafood market.” They find that highly suspicious. “The probability was very low for the bats to fly to the market.” Not only that, “the bat was never a food source in the city, and no bat was traded in the market.” Another sign of spliced genes is the “possible natural recombination or intermediate host of the coronavirus.”

If the virus didn’t come from the market, then where did it come from. They have a pretty good guess at an answer. “We screened the area around the seafood market and identified two laboratories conducting research on bat coronavirus within ~280 meters from the market.”

The Wuhan Center for Disease Control and Prevention “hosted animals in laboratories for research purpose, one of which was specialized in pathogens collection and identification.” Including bats. “In one of their studies, 155 bats including Rhinolophus affinis were captured in Hubei province, and another 450 bats were captured in Zhejiang province.”

The man in charge of collecting those bats was quarantined at least twice by his own admission. “He described that he was once attacked by bats and the blood of a bat shot onto his skin. He knew the extreme danger of the infection so he quarantined himself for 14 days. In another accident, he quarantined himself again because the bats peed on him.”

The investigators also confirm that “Surgery was performed on the caged animals and the tissue samples were collected for DNA and RNA extraction and sequencing.

The tissue samples and contaminated trashes were source of pathogens.” The WHCDC “was also adjacent to the Union Hospital where the first group of doctors were infected during this epidemic.” Because of that, the doctors write, “It is plausible that the virus leaked around and some of them contaminated the initial patients in this epidemic.”

The Second lab is the Wuhan Institute of Virology. “This laboratory reported that the Chinese Horseshoe bats were natural reservoirs for the severe acute respiratory syndrome coronavirus (SARS-CoV) which caused the 2002-3 pandemic.”

The man they describe as the “principal investigator” is none other than Dr. Peng Zhou. “The principal investigator participated in a project which generated a chimeric virus using the SARS-CoV reverse genetics system, and reported the potential for human emergence. A direct speculation was that SARS-CoV or it’s derivative might leak from the laboratory.” A chimeric virus is defined as a “new hybrid microorganism created by joining nucleic acid fragments from two or more different microorganisms.”

After concluding that “somebody” tangled with the “evolution” of the virus and that “the killer coronavirus probably originated from a laboratory in Wuhan.” They recommend boosting safety levels at high risk biohazardous laboratories. They also mention it would be a great idea to “relocate these laboratories far away from city center and other densely populated places.” Better luck next time.

How "Potential Fear of Retribution" Could Have Chauvin Case Thrown 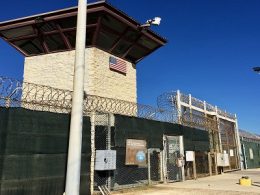 More hypocritical Democrats are being exposed during the COVID-19 lockdowns. One California official voted to ban outdoor dining,…
byRyan Michael