What started out as a patriotic boat parade, to show enthusiastic support for President Donald Trump, quickly turned tragic as thousands of floating deplorables learned a lesson in physics which sunk five boats. Two are still on the bottom of Lake Travis.

The final report of their investigation into what happened to sink five small watercraft at the Lake Travis Trump Boat Parade has been released by the Travis County Sheriff’s Office. There was no “foul play” they insist. The culprit was “wake generated by other boats.”

The weather was clear and calm on Lake Travis, near Austin, Texas, when the event began at noon on Saturday. Hundreds of boats attended, each decked out in red, white, and blue with flags flying everywhere as a patriotic show of support for President Donald Trump. Nobody expected large waves to suddenly appear out of nowhere on a small lake. One craft after another started taking on water simply because of “the large number of boats moving together.” It turns out that President Trump was a little too popular.

The Sheriff had lots of help standing by

One of the things that the unfortunate crews were thankful for was that “the sheriff’s office had bolstered its lake presence in anticipation of large crowds at the aquatic political rally.” Thanks to good planning, “the lake patrol unit was fully staffed and operational at the time.” They had more than enough deputies to “assist with traffic control and respond to emergency calls.”

In the course of responding to calls from 15 separate operators, the local tow company added “three additional reports of boats taking on water.” Five boats sank but “three have been towed out and two others remain on the bottom of Lake Travis.” Most of the boats were taking on water but even the ones which had been fully submerged “were able to be hooked up and towed before they sank to the bottom of the lake.”

One boat owner reports, “It was like an ocean out there. I’m surprised I survived it. We didn’t make it all the way around the parade, because it was just too much.” Danielle Severn describes how “the boats were mainly just teeter-tottering. A lot of them took on water by the nose. After that it was over, especially for the smaller boats.” Simply the large number of them “moving together” combined with the fact that the water level in the lake had been raised by recent storms, “likely changed the dynamics of the lake’s currents.”

Despite attempts to play down the use of Facebook amongst Capitol Hill rioters, the social media giant is…
byChristopher Dorsano 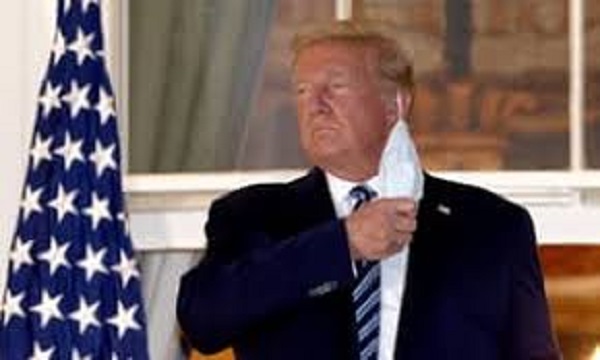