Mark Esper isn’t going to let Xi Jinping intimidate American forces with four missiles. The South China Sea is too strategically important. “We won’t cede an inch,” our Defense Secretary vows. He’s not about to get sucked into a trap pointed out thousands of years ago by a long dead Greek, who’s name nobody can pronounce, over a little fireworks display.

America is not afraid of China

Defense Secretary Mark Esper is well aware of what the People’s Liberation Army is trying to pull in the South China Sea, and he’s not falling for it. A couple thousand years ago, Greek general Thucydides noticed that the war between Athens and Sparta had been inevitable because of Spartan fear of the growth of Athenian power. Because the same thing happened in 12 out of the past 16 times it came up, it’s been called the “Thucydides Trap.” The Red Dragon is growing like Athens. At the same time, the good old U.S. of A. is the challenged superpower and playing the part of Sparta in the ancient drama.

War becomes a lot more likely in that scenario, but it isn’t unavoidable. The best thing we can do is fiercely protect our interests, so we’re not giving up one single inch of the disputed waterway. If we backed down, the PLA would step in with a full offensive to shift the balance of power. Two things are crucial, in order to prevent the major economic rivalry which we already have with China, from automatically starting a war.

Both powers have to maintain strong military control, while finding mutual interests to promote – and mutual enemies to battle. The only way to avoid war with China is by being strong enough militarily to assure the destruction of both sides if any conflict did happen between the two. Mark Esper is firmly in charge of keeping America’s military on the cutting edge, especially now that the Wuhan Flu has crippled the globe. He’s telling Xi Jinping, “go ahead, make my day.”

On Wednesday, the Chinese Army fired off “four medium-range missiles into [an] area between Hainan and the Paracel Islands.” They included a nuclear-capable DF-26 missile and at least one anti-ship DF-21D ballistic missile. The PLA claims the operation “demonstrated the PLA’s ability to deny outside military access to the South China Sea.”

China is mad because on Tuesday, the U.S. almost accidentally triggered an international incident. One of our U-2 spy planes “allegedly” “entered a ‘no-fly zone’ off China’s coast” at the same time that “the PLA conducted live-fire military drills.” Apparently they noticed the spy plane when their missiles automatically locked up on it. Shooting down a U.S. plane would be a major boo-boo.

As a message to Washington, Beijing decided to announce “it was conducting another live fire exercise in waters off the eastern city of Taizhou, bringing the number of drills off its coast this week to five.” That’s when Mark Esper went public Thursday to declare, “U.S. would never ‘cede an inch’ in the Pacific and accused China of ultimately putting soldiers’ lives at risk” with their “hugely escalatory actions.” Esper wants Xi to know, before he gets sneaky, Vice-Admiral Scott Conn advised him that “the U.S. Navy has 38 ships under way in the Indo-Pacific region right now, and we will continue to sail, fly and operate wherever international law allows. Our naval forces remain ready to respond to any threat to our allies and partners.”

Hollywood elites are now choosing to glorify Joseph Rosenbaum, a convicted child rapist. Despite being called out on…
byAnastasia Boushee 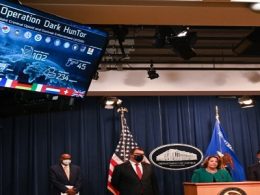 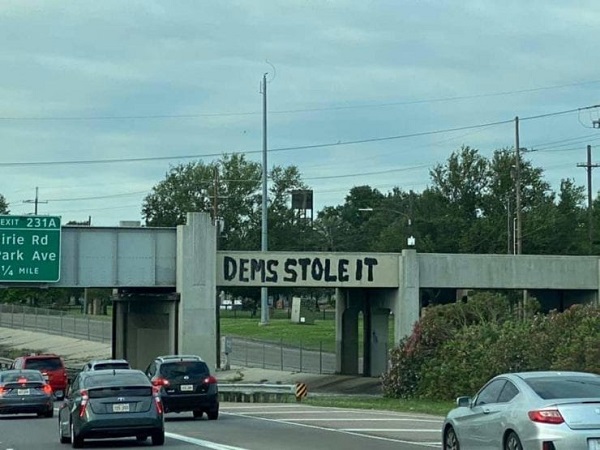