In this case, reparations is just another affirmative action move just a different name. Asheville city council in the Republican state of North Carolina approved “investments” in areas where minorities faced hardships. Investments should be done by private industry, not taxpayers unless it’s more symbolic. Ten states have done something for reparations so the movement is growing. It’s a great idea – in theory.

Reparations have been going on since June 19, 1865

That’s when a Union General announced in Galveston, TX that “all slaves are free”. At that point, they were technically able to put in the hard work to achieve the happiness the United States offered.

Fast forward to 2020. We’ve elected an African American President so the reparations should technically be complete. An African American has attained the highest office the land offers. Americans elected Barack Obama thinking this should prove America isn’t racist.

Because now it’s political. Councilman Keith Young is one of two African Americans on the council that said, “Hundreds of years of black blood spilled that basically fills the cup we drink from today. It is simply not enough to remove statutes. Black people in this country are dealing with issues that are systemic in nature”.

Why aren’t minority owned businesses investing in the area? The demographics are more white. So are they racist just because there are less minorities? What would attract more minorities to a particular area? Asheville, North Carolina isn’t the only community with that problem. The state is Republican. If minorities are willing to research, they’d discover being under Democrat rule actually isn’t in their favor.

So reparations will never be enough

That slippery slope can go on as long as there are taxpayers willing to pay it. And this is provided monies go where they’re supposed to go.

The resolution reads “The resulting budgetary and programmatic priorities may include but not be limited to increasing minority home ownership and access to other affordable housing, increasing minority business ownership and career opportunities, strategies to grow equity and generational wealth, closing the gaps in health care, education, employment and pay, neighborhood safety and fairness within criminal justice.”

There’s plenty of interpretation here. Money can and will go anywhere. There was a small amount of allowed debate. Many were unable to make that so comments went well into the night. It was passed overnight 7 – 0 July 14. It was mostly in favor. If it was online, how free did dissenters feel to express their opinion without being labeled racist? 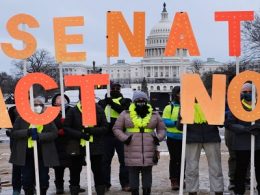 In a refreshingly common-sense decision, a judge in Waukesha County, Wisconsin has ruled that drop boxes cannot be…
byStaff Writer 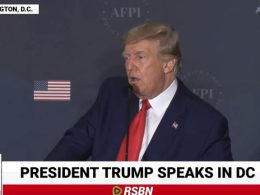