Democrats are nothing if not predictable. The strategy was for blue states to crash their economy and have the conservative states and/or Trump bail them out. Michigan just happens to be the first. Thankfully for the most part Trump is staying away. His position has consistently been “it’s up to the states”. To Gretchen’s chagrin, people vote with their feet. People have started leaving those blue states for those that are open.

Michigan is still closed. If it keeps going on this trajectory, parts of it will become a ghost town. All she has to do is start opening back up but that may be against DNC orders. All the states that need bailouts are Democrat run.

Without business you have no tax revenue

There’s no reason for Trump or any conservative state to bail out somebody who deliberately shoots themselves in the foot. If the DNC is open to doing that, that’s up to them. The DNC may indeed be doing this. There are appearances to hold up.

Another good reason for withholding the money is Whitmer would hold it. Like at least one other state, money that’s meant for COVID help would go to something else. And she’d cry about what she’d done. The only way for COVID money to get where it needs to go is find those affected businesses and direct deposit.

Pensions are even in trouble

That’s a state problem and has been around for longer than COVID, Trump is aware of this.

The option is there to reimburse expenses that are COVID related but not a bailout. “I think Congress is inclined to do a lot of things, but I don’t think they’re inclined to do bailouts,” Trump said to the New York Post. “A bailout is different than, you know, reimbursing for the plague.

There’s no guarantee, like in Michigan, that money for COVID would even get to where it needs to go. “What we’re asking, every state is asking, because of the coronavirus, we need financial help in restarting the economy, and that’s what we’re asking for from the federal government,” said Governor Cuomo.

All the states need to do is open up and reduce taxes. The business and money would come flooding back in.

Jesus is Now Under Attack By Race Activists...Call for the Removal of All Statues, Stained Glass, and Murals

This could go down the board, Democrats replacing Republicans that the people legitimately elected. Nothing is stopping them.…
byPatti Walbridge 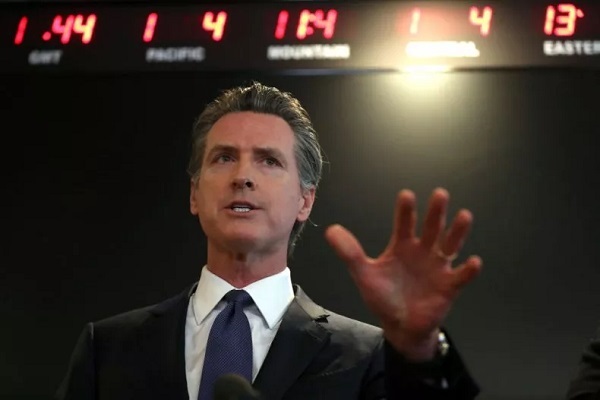