The Democrats and the liberal media take their war on Trump’s White House to a whole new level, and President Donald Trump is responding! Trump recently responded to a reporter by declaring that there is not a thing he can do to “satisfy the media, Democrats, and Fake News.”  Trump has been continuously attacked by the Democrats and mainstream media throughout the Coronavirus panic and his presidency.

President Trump: "There's not a thing I can do to satisfy Democrats." pic.twitter.com/Xx8FLiYl3e

Trump said, “I’m trying to be nice. I’m signing a bill and you criticize us. There’s nothing I can do to satisfy the media, the Democrats, or the Fake News. I understand that. We did the greatest mobilization in history, and I don’t think there was a story. Now we’re helping Germany, France, Spain, and Italy.”

Testing, testing, testing. The liberal media has been in full overdrive with their incessant criticism over Trump’s supposed lack of testing Americans for Coronavirus. Just yesterday, CNN published an article entitled, ‘Coronavirus testing is a mess in the U.S., report says.’ This Fake News article stated that ‘Coronavirus testing in the United States is disorganized and needs coordination at the national level,’ according to a University of Minnesota report.

However, the liberal media has been extremely disingenuous in their reporting of the government Coronavirus testing. Back in March, Trump had declared that U.S. testing had surpassed South Korea, which had been a world leader in COVID-19 testing.

The CNN fact checkers pounced on Trump and declared that the United States “has conducted far fewer tests per capita given the US population is more than six times larger than South Korea’s.”

In comparison, on the 26th the U.S. performed 107,172 tests. That's 325 tests per million population.https://t.co/aIgWCudPbx pic.twitter.com/Ljz0xEMz4k

The liberal media bias against Trump has become even more apparent during the Coronavirus panic. Whereas the liberal media continues to ignore ObamaGate, revelations on the origins of the Russia-Hoax, and the Biden-Ukraine issue, their hypocrisy continues to reveal itself.

Secretary of State Mike Pompeo has been recently bombarded by the liberal media for firing Steve Linick of the State Department. The New York Times plunged into the ‘evidence’ and determined that Linick had been investigating Pompeo’s misdeeds, such as ‘inappropriately directing a staff assistant to handle domestic chores, including picking up their dry cleaning, booking restaurant reservations and walking the family dog, Sherman.’

To the leftist media, someone walking the family dog is a national scandal.

CNN continually uses propaganda to paranoid the public into social distancing measures. However, it turns a blind eye when its reporters fail to obey such criterion. Witness CNN’s White House correspondent Kaitlan Collins who immediately ripped off her mask when a White House press conference ended. Collins obviously did not realize the cameras were still rolling.

The mask is for show? https://t.co/XnRLiEJ1L5

Imagine if Trump was caught ripping a mask off at the end of a meeting? Fake News would accuse him of trying to murder innocent liberal reporters. The country has not even hit the election cycle yet.  Expect Trump to continue this war on a larger level.

Matt Lauer Attempts to Get Back Into 'Journalism', Ends up Making Total A** of Himself 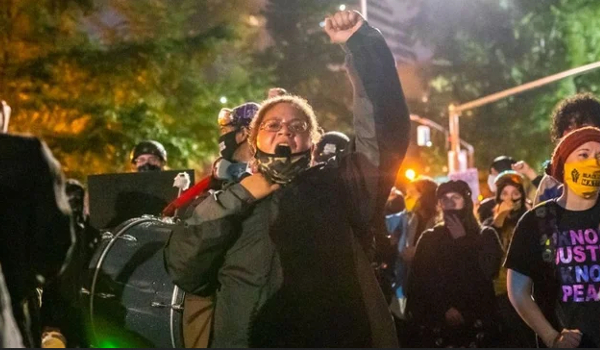 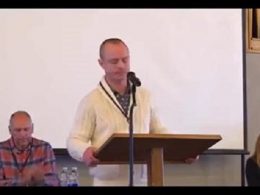