Based on schooling, deaths and economy, Republican led states were the top five in a COVID response report. Those with a Democrat governor were at the bottom. In fact, 18 states received an A or B. Out of those 18, 16 had a Republican governor. The Committee to Unleash Prosperity or CUP put an assessment together rating how states handled COVID. The National Bureau of Economic Research published it.

How states balanced the need for health vs. keeping their economy going. The committee disclosed,

“The Report Card on the States measures and compares state performance on three metrics: the economy, education, and mortality from the virus. It answers the question: how did states do in balancing the health of their citizens, allowing their economies to remain operational and keeping job losses low, and keeping their schools open so that school-aged children did not suffer long term educational setbacks.”

“Each of these three metrics were equally weighted. The states that received an F grade were New Jersey, New York, California, Illinois and Washington, D.C. These states performed poorly on every measure. They had high age-adjusted death rates; they had high unemployment and significant GDP losses, and they kept their schools shutdown much longer than almost all other states. The top performers were Utah, Nebraska, and Vermont with Montana and Florida right behind.”

Shutting down business and schools shouldn’t have been done. Stephen Moore is the CUP Co-Founder.

“Shutting down their economies and schools was by far the biggest mistake governors and state officials made during Covid, particularly in blue states. We hope the results of this study will persuade governors not to close schools and businesses the next time we have a new virus variant.”

The lockdowns added to unemployment, averaging two points higher than states that didn’t lockdown as much. The adjusted death rates in Florida and California were almost the same. Florida was open, California wasn’t.

The study noted “one of the wisest policy decisions was to ultimately let the 50 states and their governors and legislators make their own pandemic response policies. Federalism worked.”

He Killed Someone Trying To Rob His Store, And New York City CHARGED Him With MURDER 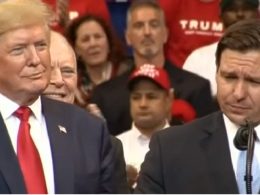