Remember all that hijacked freight outside the Port of Los Angeles, which made massive headlines last year? There’s been a huge break in the case. Union Pacific learned a hard lesson, when Christmas 2021 came early to the Los Angeles homeless community. As TrendingRightWing reported in early November, 2021, at the tail end of the container ship jam, “the good news is that some of the things everyone has been waiting for finally made it off the boat. The bad news is that Union Pacific railroad allowed the goods to be hijacked right off the trains before they could go anywhere. There’s nothing left but boxes.” LAPD clawed back $18 million worth of the stolen property.

Arrests made as freight recovered

Ever since last November, the Los Angeles Police Department has been investigating the looted freight train. All the public knew was what had been disclosed at the time. Most of us didn’t know this wasn’t an isolated incident. Local sources were telling the press that, “thousands of boxes as far as the eye could see were strewn along the railroad tracks near Valley Boulevard and North Mission Road in Lincoln Park.”

There were images all over the news. Those boxes didn’t fall off the train. “Several container doors were wide open – including a FedEx container with boxes tipping over.” Back then, Union Pacific didn’t want to talk about the decision to use a section of the track for an outdoor warehouse “bordered by homeless encampments on both sides.”

On Thursday, November 17, officials with the Los Angeles Police Department declared a victory in the case. Their “yearlong investigation of cargo train burglaries resulted in 22 arrests and $18 million in recovered merchandise.”

The freight industry managed to keep a tight lid on it but by January of 2022, Union Pacific was reporting “a 160% nationwide increase in rail thefts, with more than 90 containers compromised every day.”

Even more disturbing, law enforcement relates that “dozens of handguns and shotguns were among items stolen by thieves who raided cargo containers aboard trains near downtown Los Angeles for months.” Apparently the looted freight train which got all the attention was only one of many.

“The Commercial Crimes Division detectives’ investigative efforts resulted in not just countless hours of surveillance, 49 search warrants, but also the recovery of more than $18 million worth of merchandise stolen from these cargo containers.” If they got that much back, the total theft amount should be astounding.

If you’re one of those folks who have been wondering what happened to that shipment which never arrived, you’ll be glad to know you aren’t alone. The freight containers emptied by California’s professional thieves “were on trains headed to all points across the country.”

They’ve been so prolific that state government is going to force the independent contract pirates to become gainfully employed by a professional cartel group who pays benefits under their AB5 law.

All across Los Angeles County, thieves and their associates have been storing “the stolen merchandise in their homes, cars and other warehouse facilities.” At least, until they could sell the looted freight “in California and out of state.” All at 100 percent markup.

While they were at it, they stumbled on “four storage locations that contained drugs and assault weapons” and shut them down. “So, it gives you a sense of that those allegedly involved in these crimes were involved not just in thefts from these train lines, but much more broadly,” city attorney Mike Feuer explains.

Robert Vega, owner of A&A Auto Wrecking says watching the freight robberies is more interesting than television. “It was a joke because these guys are hanging onto the trains while they’re running or they’re stopped. They have tools, they’re opening up the containers, throwing everything out. It was like a free for all.“ 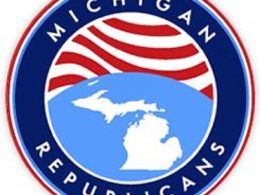 The wall that holds up the 2020 election may be crumbling and the sooner the better. The Maricopa…
byPatti Walbridge

They Are RELEASING THE BODYCAM FOOTAGE… There Will Be Riots

This weekend could be a rough one around the country. If history repeats itself, our streets are about…
byAnthony Smith

Daughter Awakened at Her Own Funeral Before the Absolute Worst Thing Happened….