The school report card for Biden’s regime just came out and American children are flunking math and reading. That’s no surprise to conservative readers. Even though the decline has been a steady one over the last decade or longer, officials try to blame the whole problem on COVID-19.

The recently published school progress report focuses on fourth- and eighth-graders because Biden’s handlers don’t want you to know how bad the numbers are for seniors. It’s too late to do anything for them anyway.

Younger children scored dismally on the national educational assessment, commonly called the “Nation’s Report Card.” It gets put out by the National Center for Education Statistics, a branch of the Education Department.

According to Minister of Indoctrination Miguel Cardona, the “results of today’s Nation’s Report Card are appalling and unacceptable.”

He braced the school industry for the bad news on Friday, ahead of the report released October 24. “This is a moment of truth for education. How we respond to this will determine not only our recovery but our nation’s standing in the world.”

The reason why American engineers build pedestrian bridges which don’t stand long enough to reach their grand opening date is because they focus in school on such trendy and environmental things as self-cleaning concrete and the ability to provide bridge users with WiFi and gathering spaces, while de-emphasizing structural support.

That requires frustrating math skills, so they go easy on those units. Florida International University would like everyone to forget all about that messy embarrassment.

This latest school effectiveness report card is the worst one since they started passing them out in 1990. Today’s report “revealed the largest math score declines among fourth- and eighth-graders since the initial trial assessment in 1990.”

While they’re blaming it on COVID, they’re having a hard time making that stick. Not one single state or large urban district in America “showed improvements in math.” Things were just as bad everywhere. It didn’t matter at all if they went to school in Florida or California.

This ties in with the chemistry professor who was fired because his students thought his class was too tough. The school agreed and canned the teacher. New York University professor Maitland Jones Jr. is 84 years old so simply shrugged it off and went into retirement. He had a few things to say about it though. COVID didn’t help but that’s not the real reason for lower scores.

The professor who teaches a required pre-med class thinks doctors and surgeons should understand what it is they are doing. Apparently, that’s way too much to expect of today’s students. He started seeing “a drop in attention from students nearly a decade ago.”

“They weren’t coming to class, that’s for sure, because I can count the house. They weren’t watching the videos, and they weren’t able to answer the questions.” Even before the pandemic “disrupted classrooms, there were signs of trouble. I came to New York University in 2007 after 43 years of teaching and research at Princeton, where I had both tenure and an endowed chair. I wanted to see if the technique I had introduced at Princeton, in which the talking-head lecture was deemphasized in favor of small-group problem solving, was transferable to another university.”

“All went well at first as students prospered in the problem-solving setting and younger faculty began to adopt it. But about 10 years ago, I noticed that students were increasingly misreading exam questions.” Then Covid hit and everyone simply went on mental vacation. “Exams that should have yielded a B average dropped to C- or worse. Single digit scores became common and we even had zeros on exams, something that had never happened before.“ 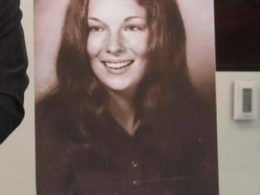 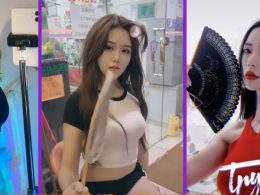 The FBI is a whole lot more interested in probing TikTok than the Biden family. They think the…
byMark Megahan