North Texas police are pointing the finger straight at FedEx driver Tanner Lynn Horner in the kidnap and killing of 7-year-old Athena Strand. Her body was discovered Friday in Wise County after she went missing Wednesday evening.

Authorities in north Texas confirmed that FedEx driver Tanner Lynn Horner has been arrested in connection with the body recovered Friday, who’s remains were verified as those of missing 7-year-old Athena Strand.

The 31-year-old “contract driver” is listed as a Fort Worth resident in public records. For now, he’ll be residing in the Wise County Jail on charges of capital murder and aggravated kidnapping.

Horner has already confessed to the heinous crime and “told them where Athena’s body was.” Apparently, it started with a sick moment of opportunity he simply couldn’t resist.

Wise County Authorities acted in a tip which led to this search of a Fed Ex Truck driven by 31yo Tanner Lynn Horner now charged in abduction & murder of 7yo Athena Strand who went missing 2 days ago. (Video: Bobby Dean) @wfaa @HowertonNews @adealbaWFAA @WFAAJayWallis pic.twitter.com/IZD17NYcLA

“Horner was making a delivery in front of Athena’s house at the time she disappeared Wednesday.” The FedEx driver thought he got away unseen. He didn’t.

According to Wise County Sheriff Lane Akin, “law enforcement received a tip which led authorities to investigate him.” he also notes that “FedEx has been cooperating with the investigation, which includes the FBI and Texas Rangers.”

The corporation was quick to distance themselves from the horrific crime with statement. The suspect doesn’t seem to have a prior criminal record.

A spokesperson for FedEx acknowledges the tragedy, even though they have no responsibility for hiring or supervising the contract delivery drivers. Their name is on the getaway vehicle. “Words cannot describe our shock and sorrow at the reports surrounding this tragic event.”

“First and foremost, our thoughts are with the family during this most difficult time, and we continue to cooperate fully with the investigating authorities. At this time, any further questions should be directed to law enforcement.”

The sheriff provided details including that “investigators believe Athena died within an hour of her abduction.” They aren’t revealing specific details of “how she died or exactly where her body was found.” They did admit it was “within a few miles of her home.”

Wednesday, Tanner Lynn Horner abducted and murdered 7 year old Athena Strand. 8 years ago he raped a minor and no one listened. pic.twitter.com/MepF20QffC

Having a twisted pedophile child-killer disguised by a FedEx uniform is unsettling to the public. “It hurts our hearts to know that that child died, so much so that she is on her way now to the medical examiner’s office and there is a Texas Ranger in front of her and a Texas Ranger behind her.”

At the 10 p.m. press conference Friday, the sheriff was obviously emotional. He wanted to clue the public in as much as he could but “would not speak to any possible motive in the kidnapping and murder.” He did relate that “investigators don’t believe that Horner knew Athena or her family.”

The FedEx driver simply spotted an unaccompanied toddler and snagged her. Sheriff Akin spent quite a bit of time working with the family. “They want you to know that they appreciated the fact that we care so much. They’re devastated. They’re angry because of what happened — a precious child taken from their lives.“ 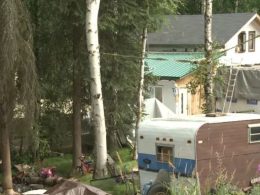 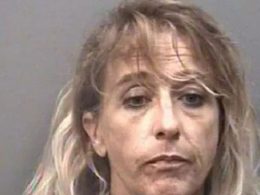 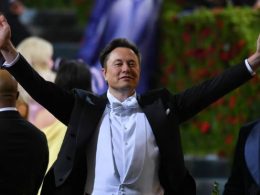 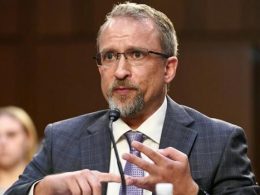