The FBI is destroying the lives of innocent people in an attempt to intimidate conservatives and Trump supporters. A 69 year-old man from New York who was nowhere near the Capitol during the January 6th incident has not been charged with any crimes by the feds, but he has been harassed and detained repeatedly by federal agents simply for innocently attending the speech given by President Trump that day in D.C.

Joseph Bolanos has been a neighborhood fixture for more than two decades around his New York City home, where he looks after his 94 year-old mother.

After 9/11 the former security consultant served as a Red Cross volunteer, selflessly helping people during one of the darkest hours in the history of his country and city.

Police once gave Bolanos a commendation for heroism after he rescued a woman who was being mugged. He has served for years as a local community leader.

When the Covid lockdowns began he organized efforts to assist local seniors and keep their spirits up through the difficulties of adapting to the isolation. He has always been well-liked and trusted in his area for his dedication to helping his neighbors.

Bolanos  generally kept quiet about his politics; being in a leadership role, he was careful not to alienate anyone and focused exclusively on helping others.

While he is still a registered Democrat, Bolanos was one of the many moderates who supported President Trump and his policies in response to the race to the far left taking place among other Democrats.

Never a fanatical supporter, Bolanos simply went to Washington D.C. on the 6th to witness a historic moment and show support for the President with other like-minded people.

He and his companions left early and went back to their hotel. When they heard about what was happening at the Capitol they again ventured out so that they could see what was going on and witness what was sure to be a significant moment in American history.

Everything had already wrapped up by the time Bolanos arrived at some distance from the building and took a few innocent photos.  That did not stop someone from reporting him to the FBI as having been a violent rioter.

Bolanos willingly cooperated with the FBI and was shocked to wake up one morning to a large group of heavily armed agents smashing in his door, destroying his property, and pointing rifles at him and his 94 year-old mother.

The feds could not invent anything to charge him with as he had concrete alibis, but that did not stop them from using the media to publicize his arrest and convince his neighbors to shun him.

The feds stole his electronics and never returned them. They intentionally ruined his reputation for revenge after they realized they could not charge him. The stress has taken a massive toll on his health and his life is in ruins, all because the FBI wanted to make an example of an innocent man.

This Is No Longer a Coincidence, IT'S BIDEN'S FAULT

Shelter DISCRIMINATES, Does Not Allow People to Adopt Pets All Because of... 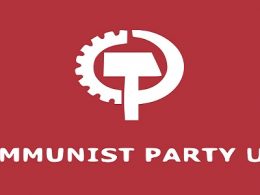