The Biden administration has bragged about better than expected job growth and indicated that it is indicative of economic growth. Inflation, meanwhile, is even worse than expected according to the latest reports on prices throughout the month of October. Inflation is rising drastically for consumer goods which are likely to be impactful for most Americans, including essentials like food and gas, along with healthcare and rent.

Inflation is one of the issues which threatens to ruin the Biden administration; more than most other political concerns this one will impact average American voters personally.

The White House has struggled repeatedly to show that it is doing anything to address the problem or to make any progress towards real economic recovery in general.

Job growth has been used by the White House as a redeeming factor in their treatment of the economy. Unfortunately for them, the bare numbers in job growth mean very little if large swathes of the country are underemployed and wages are stagnant.

The Biden administration is claiming that progress is being made for Americans who are finding that the money they can make currently is less valuable than it was a year ago.

The supposed economic recovery being claimed by the White House is simply not apparent for the average American, regardless of what the statistics promoted by Democrats say.

The consumer price index, a collection of consumer products used to evaluate cost of living, is up at least 6.2% from what it was at this time a year ago.

This is significantly more inflation than was expected for the month of October and it is the worst showing for the consumer price index since 1990.

Oil is the worst offender, with prices up 59.1% from last year. The Biden administration has made only a few halfhearted attempts to address soaring gas prices and nothing serious has been done to address the concerns of Americans who are struggling to pay for transportation.

Perhaps the most dangerous rise has been in food prices. The category including meat, for instance, has risen by 11.9% from last year.

When all of this inflation is accounted for, real wages are actually declining. Even if companies begin to pay more, wage increases are not offsetting the increased amount consumers are having to spend on basic necessities. 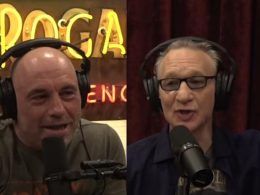