The kids know. The little girl tried to shrink away from him too but creepy Grandpa Joe just kept coming. And mom let him! Biden has been asked to not touch children and ladies but he calls himself a “tactile politician”. For better or for worse, Biden has destroyed the #metoo movement. The silence of women’s rights groups is deafening. But the kids know and will try to defend themselves.

He’s been creepy for years

The White House annually pardons the Thanksgiving turkey. At this year’s event creepy Joe decided to snuggle up to a little girl. She wasn’t comfortable with that.

His regular comments are why he’s called a pedophile. Last March Biden admired an elementary school aged girl in Virginia, “I love those barrettes in your hair, man. I tell you what, look at her, she looks like she’s 19 years old, sitting there like a little lady with her legs crossed.”

You want to feel comfortable around the leader of our country, not creeped out. In October of 2020 while visiting the Little Haiti Cultural center in Miami Biden commented he’d like to see these young ladies dancing when they’re “four years older”.

Creepy Joe, there are more appropriate ways to tell a person their appearance is pleasing. It can be as simple as, “You look nice today”. Your words and actions, were you not President, would have you at least under investigation. But now you’re protected.

You shouldn’t be hugging people, Creepy Joe. Trump showed respect. He shook hands. In May 2019 as Vice President he slapped women’s rights groups in the face when he told a 10 year old girl she was “good looking” and put his hands on her shoulders. This incident was just a month after pledging he would try to respect women’s spaces. The girl asked a question at his 2020 campaign in Houston. He responded,“I’ll bet you’re as bright as you are good-looking.”

Anybody familiar with sexual assault will appreciate what happened with former Nevada lieutenant gubernatorialcandidate Lucy Flores in 2014. He came up behind her, smelled and kissed the back of her head. Her feelings were consistent with those who have been violated. “Is it enough of a transgression if a man touches and kisses you without consent but doesn’t rise to the level of what most people consider sexual assault? I did what most women do, and moved on with my life and my work.” 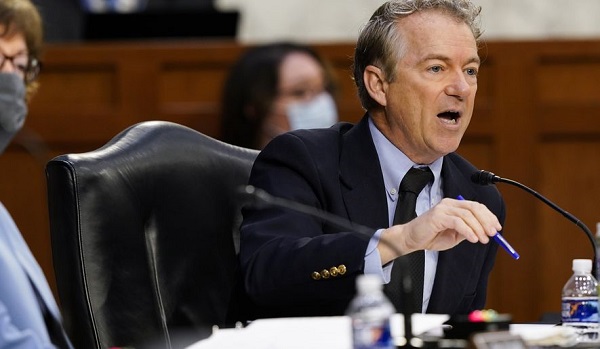