Lawyers representing Kyle Rittenhouse asked the court for a mistrial with prejudice after the prosecution veered into lines of questioning which should have been entirely off limits. Judge Bruce Schroeder was visibly furious after the prosecution attempted to confront Rittenhouse on his use of his 5th amendment rights. He then attempted to introduce evidence which had been excluded by pretrial proceedings without first asking the judge.

The trial had not been going well for prosecutors even before they got into a shouting match with the judge in his own courtroom, which is never a good idea.

The defense told the court that they believed the prosecution might be trying to deliberately force a mistrial so that they could have a chance to start over after encountering a number of setbacks.

Judge Schroeder appeared to share that concern; though he refrained from stating it explicitly, he did tell Assistant District Attorney Thomas Binger that he was shocked that an experienced trial lawyer was doing this.

Defense attorneys asked for a mistrial with prejudice, which would end the case if granted and mean that Kyle Rittenhouse could not be prosecuted again in the future. The judge said that he would consider the issue.

The prosecution has clearly, and apparently deliberately, earned the enmity of the judge both with their legal missteps and with the argumentative and antagonistic attitude with which they have responded when confronted by the judge.

Jurors were repeatedly hurried out of the room during Binger’s cross examination so that the judge could scold him but they must have had some suspicions about what was happening.

Prosecution may be hoping for a mistrial

Binger launched his cross examination by implying that there was some degree of guilt implied by Rittenhouse employing his 5th amendment right to remain silent.

As the judge said, this is an extremely serious constitutional issue and one which could easily force an end to the trial if Binger had not been stopped.

Binger next attempted to introduce evidence which the judge had decided was not relevant before the trial, a decision which he upheld earlier that day.

Judge Schroeder was clearly angered by the fact that the prosecution was trying to put evidence before the jury in direct defiance of the authority which he holds in the trial.

The situation is an extremely difficult one for Schroeder, who fully understands the importance of ensuring that this is a fair and impartial trial in the eyes of the public.

Unfortunately, the prosecution knows that it has the media on its side, the same media which has already ruled that Rittenhouse is guilty. Binger may be trying to accumulate evidence to support a false claim that the judge in this case was biased in the event of an acquittal.

ESPN Has Fully Converted and It’s a Shame 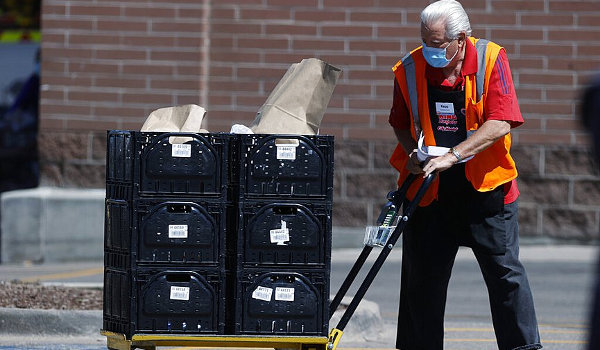 A Complete Disgrace to Women of the World, and Yet it’s Celebrated

Twitter has banned a large account dedicated to tracking the ongoing trial of Ghislaine Maxwell, the companion and…
byScott Moore