When did the last Republican switch to Democrat? You haven’t seen that in a long time. The Democrat party has become really ugly. You don’t connect yourself with terrorists such as BLM and ANTIFA and do yourself any good, not after the public has seen Trump. If your views differ from the Democrats you get no support. Republicans on the other hand, are open to different points of view. We offer reasons why we believe the way we do.

Jesse Slaughter is a Montana sheriff that went where he sees people willing to work with him. Democrats want to change a variety of things, among them is the Constitution.

He talked about his problems with his prior party in a video on his Facebook page. “From the very beginning, I’ve made it no secret that I’m a Constitutionalist, that I believe in the Constitution and that I believe it’s concrete and not up to a progressive interpretation. Unfortunately, throughout my term so far I have repeatedly come under fire for my pro-Constitution beliefs”

Because they’ll lose. “Twice in public meetings, Democrat elected officials have tried to censor my words and opinions because they did not agree with me. I’ve been chastised publicly and privately for standing up for people’s individual rights and your Second Amendment rights. In one instance I was completely ignored by the state’s Democrat leader when I sought help for our jail overcrowding issues.”

Terrorism is part of fighting a war. If we want to remain free, that war needs to be fought. “Recently, an outspoken former Democrat candidate shared a controversial post on her official campaign page. The post clearly aligned her and those that believe in her with the terrorist organization ANTIFA. I asked the Democrat Central Committee if the candidate had gone too far and would the party tell her to stop. As of this video I have received no response from the Democrat Party and their leadership.”

You can only shut people up to a point

It’s freedom of speech that shares common ideas, thoughts and solutions to problems which make us as powerful as the United States is. Mr. Slaughter has regularly received support from Republicans so it makes sense to switch.

“It is my duty to serve all people of Cascade County, regardless of your political beliefs. To do this effectively I have to know I have the support of the party I’ve aligned myself with. So I’m officially kicking off my reelection campaign to remain your sheriff. I hope I can count on your support as I move my name to the Republican ticket.”

Another good reason to leave. “This is not a decision I take lightly, but it is the right decision.”

I’ve continually found support from the leaders of the Republican Party. More importantly, they have shown unwavering support for the profession of law enforcement. Both Sen. Steve Daines and Gov. Greg Gianforte have been in touch with Mr. Slaughter. ‘You know we never cared about your party, we just back what you do and who you are.’ They never cared about the party, they just cared about the mission that law enforcement is conducting every day. I don’t get that from the Democratic Party. I get ignored, basically.” 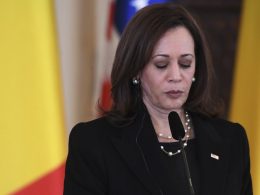