True agendas can be hidden by smoke and mirrors. This happens everywhere. In this case, a BLM leader was excited to be a part of the organization  until he was exposed to the ugly truth.

Rashad Turner founded a BLM group in Minnesota. He left when he saw their actions spoke differently than their words. He said of all people, the teacher’s unions were ruining the kids’ lives. Mr. Turner’s eyes were opened, for better or for worse.

BLM isn’t what they seem

We’ve been saying this since it showed up and started destroying things. They want to destroy the nuclear family while lining their pockets.

“BLM has been co-opted, and when I say co-opted, I mean, teachers unions who show up to these woke BLM marches, they have their signs, you might see the sign in their yard that says ‘Black Lives Matter,’” Turner stressed. “But Monday through Friday, teachers unions are killing our children’s hopes and dreams. So if we’re talking about propaganda, we need to be looking at the teachers unions, and the sick mess that they’re putting out there that’s keeping our children out of schools these past couple of years, keeping the masks on our children. We need to unmask the illiteracy machine that is here in Minnesota with our education system.”

That BLM publicly denounced charter schools. Charter schools regularly out perform public schools and if you don’t care for the black mind, do you really care about bettering black lives?

Patrisse Cullors thought the American dream was propaganda. Well, if you can’t read, you can’t reach that dream! If children, regardless their color, aren’t taught to read, you won’t be able to reach that rung.

LAURA INGRAHAM, FOX NEWS HOST: For much of the last year, the Angle warned you that the Black Lives Matter movement not only was going to bring destruction and chaos to inner city communities across the country, but that it wanted to destroy the nuclear family structure while lining their own pockets. Now thankfully, we’re not the only ones who saw BLM for what it really was. Our next guest gives us an inside look at why he left the St. Paul chapter of BLM shortly after joining. …

Rashad Turner is now the executive director of the Minnesota Parent Union and he joins us now. Rashad, thank you so much for joining us. Do you expect more BLM members to come to the same conclusion that you have, especially on this schools issue?

RASHAD TURNER: I mean, I’m hoping so. When you look at the education gaps here in Minnesota, black kids compared to white kids, it just baffles me that Black Lives Matter as a national organization is not taking a close look at the black minds that are being affected every day due to policies that teachers unions like Education Minnesota, and their leader Denise Specht put into place. I mean, I’m very, still very frustrated. I mean, it’s hard to truly believe that people feel like black lives matter if black minds don’t matter.

INGRAHAM: Well, BLM co-founder Patrisse Cullors has made it abundantly clear, Rashad, about what her organization is really all about.

PATRISSE CULLORS, BLM CO-FOUNDER: I need to set the record straight. Am I a Marxist? I do believe in Marxism. It’s a philosophy that I learned really early on … because the U.S. is so good at propaganda and being like this, it has sold the idea of the American dream and that’s tied into capitalism and wealth. It’s much harder to sell communism.

INGRAHAM: Rashad, it’s much much harder to sell communism. I mean, so the American Dream is just a propaganda ploy. So is that really what young black youth need to hear today?

TURNER: Well, I’ll tell you this, for thinking about the American dream, you are not going to realize that American Dream if you cannot read. So, Patrisse Cullors and other leaders like herself, should be focused on illiteracy rates, instead of, you know, talking about this country being a propaganda machine. One of the things that I want to point out to Laura, is that when I hear things like that, and I think about the fact that BLM has been co-opted by the American Federation of Teachers, I think that’s where those messages come from. BLM has been co-opted, and when I say co-opted, I mean, teachers unions who show up to these woke BLM marches, they have their signs, you might see the sign in their yard that says “Black Lives Matter.” But Monday through Friday, teachers unions are killing our children’s hopes and dreams. So if we’re talking about propaganda, we need to be looking at the teachers unions, and the sick mess that they’re putting out there that’s keeping our children out of schools these past couple of years, keeping the masks on our children. We need to unmask the illiteracy machine that is here in Minnesota with our education system.

INGRAHAM: And the critical race theory in Minnesota that’s obviously taking hold, how is that affecting the minds of black youth?

TURNER: Well, I’ll tell you this, and some folks, you know, I’ve been getting sort of beat up by the woke folks all day. So I do want to send a shout out to all of the patriots who have been very supportive since this video is dropped. But I haven’t seen an acronym come through our schools, whether it’s CRT, ABCDEF, you name it, none of those acronyms have led to more black children being able to read. So, if we’re talking about something that’s critical, let’s talk about a critical literacy theory. Let’s talk about critical theories around quality education. If Black Lives truly matter, teachers unions and the status quo left, the folks who claim to be woke, they need to be voting for the expansion of parent choice. They need to make quality education a civil right for our children. That’s how they can show us that Black Lives truly matter.

In the world history of Media Propaganda, there is no doubt that the COVID pandemic panic was one…
byStaff Writer 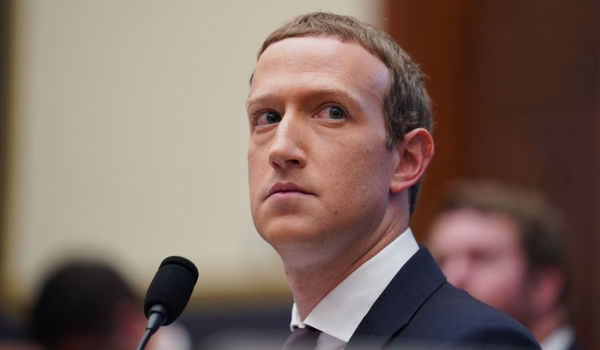