A bill currently being advanced by a number of Republican Senators would allow 18 year olds to own handguns without federal age restrictions. The bill would ensure that Americans aged 18 to 20 are able to purchase handguns from federally licensed dealers, a significant change which would give large numbers of young Americans the rights to effectively defend themselves from criminals in an increasingly dangerous and uncertain time.

The bill, led by Senator Cindy Hyde-Smith and known as the “Second Amendment Mandates Equality of 2021 Act” is cosponsored by several Republican Senators and enjoys the enthusiastic support of the National Rifle Association.

Hyde-Smith is a gun owner and a very enthusiastic proponent of gun rights nationwide, frequently opposing efforts from Democrats to restrict gun ownership.

The Second Amendment has been under a constant assault for years from Democrats so this bill is an extremely ambitious attempt to reverse the general trend in gun legislation.

Hyde-Smith may face an uphill battle, but the legislation will surely receive strong support from many average Americans, regardless of what the politicians think.

Gun sales have thrived amid Covid and the riots of the last year. In an America which is increasingly on edge, people want the right to defend themselves.

Politicians who are surrounded by armed guards may, however, see no need for the common man and woman to have a strengthened ability to protect their lives and property.

A bill which encourages self-defense against criminals will certainly receive a great deal of backlash from Democrats at least.

The party which adores violent criminals and routinely worships them as saints will undoubtedly claim that letting more Americans have access to legally obtained handguns would be racist.

The idea of otherwise vulnerable teenagers suddenly having the means to protect themselves from assault and robbery must be a terrifying one for many leftists.

With so many criminals being encouraged to loot and burn, a bill like this would immensely strengthen the power of middle America to strike back and defend their communities and keep individuals safe.

The precious rioters and looters who Democrats prioritize and protect above all else would certainly be in danger if legislation like this was passed by Congress.

Unfortunately, the bill will likely be torn apart in the Democrat controlled House of Representatives. Still, the fact that some Republican Senators are fighting for the rights of decent young Americans to defend themselves will certainly be welcome news to many.

How "Potential Fear of Retribution" Could Have Chauvin Case Thrown 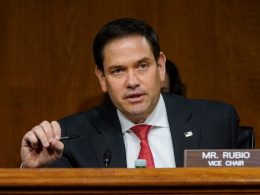 Unless I am reading the room wrong, it does appear that even Trump’s most loyal allies in the…
byAnthony Smith 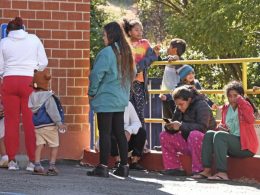 One of the truly good guys in politics is no longer with us. David Ralston, the Georgia Speaker…
byAnthony Smith