The CDC is learning what it’s like to be in the American cross hairs. Normally it’s a respected institution and it’s left alone. It’s not pleasant is it? All institutions are being politicized. This includes those that normally aren’t. It’s what leads people to quit their positions or speak to the public under the condition of anonymity. Or is this just another avenue of “get Trump?” You don’t do yourself any favors taking that last route.

The CDC is doing things quietly

There’s been more than one time the language on the website has been “quietly” altered. Don’t “quietly” alter something, that’s suspicious right there. Any good news on the coronavirus should be trumpeted to all news outlets, not whispered about.

We did NOT lose almost 200,000 people to COVID. It’s right on your website that only 6% of that 200,000 people have died due to COVID. That means that the remainder of those people died from something else, they just happened to have COVID at the same time. You and the news media are ignoring what’s on your own website. If you want people to believe the 200,000 number, you need to alter that language.

Level with the public, CDC

And a lot of pressure will be taken off. At least Trump levels with us. If you don’t, it makes you look politically motivated. A current CDC employee complained, “I have never seen morale this low. It’s just, people are beaten down. People are beaten down partially by a public who not only distrusts us but who actually think we want to infringe on their civil liberties. The other factor is the active undermining by senior members of our own administration.”

Trump downplays this because he’s figuring the same thing many Americans have in addition to simply wanting people to get back to work. When this first came out, people were told to “flatten the curve”. We didn’t understand it, we didn’t know if hospitals would be overwhelmed. Six weeks later, some hospitals were laying people off, there was no fire! That should have been our signal. Now it’s a case of “nobody should get sick”. Yes, the virus is deadly. But the death rate is roughly the same as the annual flu and we don’t close the nation down for that.

Businesses that sell masks are leveling with the public. Right on some boxes they cover themselves if somebody that takes all precautions becomes sick and dies. There’s language on those that says masks don’t work.

Whining in the CDC

Rich Besser is a former CDC director willing to talk. “As I talk to former colleagues at CDC, the feeling I get is just an overwhelming sense of despair. People are working incredibly hard to reduce the impact of the pandemic and the sense that they’re being blocked by people at the political level, and that the work that they’re doing is not being appreciated by the American public. The feeling right now is that public health is not being allowed to lead and to demonstrate the path forward to reduce transmission and increase economic activity.”

The Department of Health and Human Services has questioned some of the CDC guidelines, things that used to be gospel and untouchable. Michael Caputo may have been trying to expose them more by ranting on Facebook. Mr. Caputo has been put on medical leave.

There was a HHS directive in August that said all contacts should be tested even if they were asymptomatic. It was again quietly removed. It was reinstated after public anger. Tom Frieden was a previous leader, he said, “It’s horrifying. I don’t know of any other situation like this, when things have been dictated to be put on the CDC website that aren’t defensible science. The idea that you shouldn’t test contacts is just indefensible.”

But that’s pretty common in Washington DC. Robert Redfield, the current Director, doesn’t think the vaccine will be ready when Trump says it will. A current CDC employee said, “It’s incredibly sad to all of us that the recent guidance is causing a loss of trust for CDC in general. I’m very nervous about what is going to happen when a vaccine is available, especially if the phase three trials are cut short for political reasons. Public health messaging is so important and it’s been disregarded since the early days of the pandemic.”

On a particular call, The Hill mentioned “an official listened in.” Was this a conference call, somebody eavesdropping…or did somebody make this up?

Some people were upset Mr. Redfield didn’t defend the organization more. “It’s become quite obvious that Dr. Redfield is a meek and gentle guy in a context where a fighter was needed,” an anonymous CDC employee said. “He is not seen by anybody at CDC as somebody who will stand up and fight for us, as an agency.” The CDC might provide an advisory role to the administration. The President and his team might utilize the information and decide what needs to be done.

Armed Goons Force Their Way Into Home...Moments Later They're Both DEAD on the Front Lawn 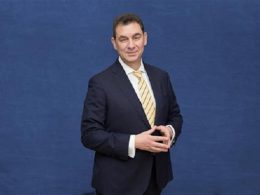