Richard Grenell is about the closest thing the United States has to James Bond. The greatest part is that he’s not a fictional character but a real life patriot. Not only did he serve as U.S. Ambassador to Germany, he put on a second hat as acting Director of National Intelligence, where he acted like he had quite a bit of intelligence. The shocking announcement he made at the Republican Convention Wednesday night is the kind that makes E.F. Hutton listen.

Grenell sick over what Democrats have done

Richard Grenell didn’t pull any punches and used every moment of his time on stage to promote Donald Trump because what he already knows about the Democrats makes him sick to his stomach. “I saw the Democrats’ entire case for Russian collusion and what I saw made me sick to my stomach. The Obama-Biden administration secretly launched a surveillance operation on the Trump campaign and silenced the many brave intelligence officials who spoke up against it.”

Not only that, Grenell informs, Deep State Democrats in Barack Obama’s Federal Bureau of Instigation and Department of Injustice “presented bogus information as facts. They lied to judges. Then they classified anything that undermined their case.” That’s just for starters. “After Donald Trump won the election, when they should have continued the American tradition of helping the president-elect transition into the White House, they tried instead to undercut him even more.”

Richard Grenell is firmly convinced that the decision on who to vote for as president isn’t even close to a hard choice. With President Donald Trump, he declares, “you always know exactly who is in charge because the answer is you. You’re in charge. Not lobbyists. Not special interests. Not warmongers, or China sympathizers, or globalization fanatics.”

“President Trump rightly calls his foreign policy ‘America First.’ Simply the belief that politicians should focus on the equality and dignity of every American, and that this duty is fulfilled by promoting the safety and wealth of the American people above all else.” Grenell didn’t stop there. “During the Presidential primary debates four years ago, one outsider stood alone and said in public what most Americans thought in private.”

Only one politician in decades has dared to do what Donald Trump promised and fulfilled. As Richard Grenell pointed out in detail, “no candidate could bring themselves to admit that something had gone badly wrong with American foreign policy. That the American voter, the American soldier, and the American taxpayer, had all been let down.” Trump called America’s endless wars a disaster. Washington was mired in Deep State globalism. The Democrats “welcomed China into the World Trade Organization,” signed the nuclear deal disaster with Iran and committed America to the Paris climate scheme. None of it benefited “the interests of the average American.”

One of the best lines Grenell delivered was when he noted as “U.S. Ambassador to Germany, I had a front row seat to Donald Trump’s America First foreign policy. I wish every American could see how President Trump negotiates on their behalf.” He “won’t let the American taxpayer be taken advantage of.” 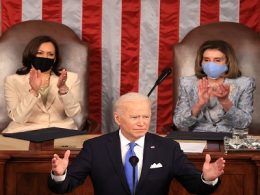 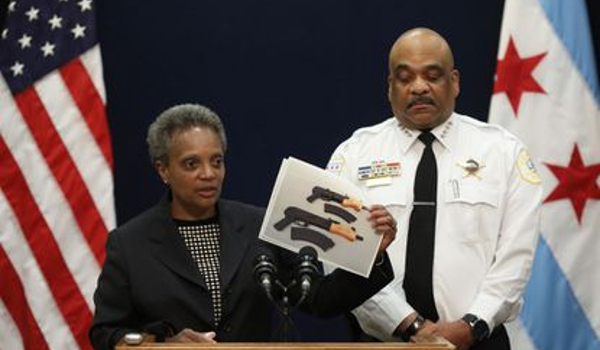