Marco Rubio’s Senate Intelligence Committee put out a 1,000 page report on Tuesday that’s about to unleash a sh*t storm of controversy. The New York Post said it perfectly when they wrote that “the FBI bungled its response to Russian meddling” in the 2016 election cycle.

The Senate Intelligence Committee used a whole lot of namby-pamby bureaucratic language like “unjustified credence” in their massive 1,000 page report, but what it boils down to is that the FBI is nothing but a bunch of lying criminals. Christopher Steele’s dirty dossier, they decided, was total bull and the only reason the court granted a wiretap warrant on Carter Page was because the FBI illegally lied to them about it.

At least some parts of the FBI probe, the committee determined in their report, were “flawed.” That was a total understatement. It wasn’t just flawed, the Russia obstruction probe was totally defective. “Regarding the Steele Dossier, FBI gave Steele’s allegations unjustified credence, based on an incomplete understanding of Steele’s past reporting record.” They didn’t bother to find out that Steele tended to make things up as he went along.

After they found out that Steele’s information was totally fabricated fiction, spoon fed to Steele by the Kremlin, the Federal Bureau of Instigation kept using it anyway, the report notes. “Further, FBI did not effectively adjust its approach to Steele’s reporting once one of Steele’s subsources provided information that raises serious concerns about the source descriptions in the Steele Dossier.” That’s another one of those understatements. The subsource almost fell off his chair when he found out what the dossier quoted him as saying. Another thing the committee fails to point out is that he was the one and only subsource. The FBI kept implying there were others, but Igor Danchenko was the only one. Steele lied to the FBI about what Danchenko told him and put words in his mouth that he never said.

The committee happened to notice in their report that “the FBI used the dossier in an application and renewals for a surveillance warrant against then-Trump campaign adviser Carter Page.” After they knew for certain that every word of it was a lie, they still “advocated for it to be included in the [Intelligence Community Assessment on Russian election interference] before taking the necessary steps to validate assumptions about Steele’s credibility.” That’s not quite true. They continued to advocate for it long after they did “validate” the assumptions and found out they weren’t valid at all.

They also flat out lied to Lindsey Graham’s committee in a briefing about the Steele Dossier set up by Christopher Wray that involved Andrew McCabe and the first victim of the Durham probe, Kevin Clinesmith. Another interesting highlight of Rubio’s committee report is where they attacked the Hillary Clinton fan club. The committee, “also criticized the FBI for treating Democratic National Committee officials with kid gloves after their emails were hacked by Russian military officers ahead of the 2016 election.”

The whole problem, the Senators conclude in their report, is that the FBI kept treating potential criminals like victims. They chalked it up to the bureau’s “‘victim-driven’ response paradigm, whereby hacked entities and organizations are treated as victims and the FBI relies on their cooperation to access and navigate targeted computer systems.” What that did was hinder the “FBI’s ability to investigate the cyberattack with appropriate urgency.” They also might have found out who killed Seth Rich and that the Wikileaks and Guccifer 2.0 incidents were inside jobs. The FBI has “declined to comment” because Christopher Wray is still doing that whole Fifth Amendment thing. 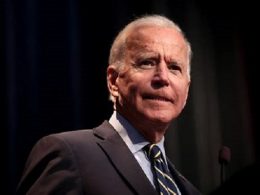