General Michael Flynn is trying to wake America up, warning patriots that the forces of darkness are “working hard to destroy our American way of life.” President Donald Trump’s former national security adviser argues, in an open letter published by Western Journal on Monday, that if we aren’t careful we might lose control.

Time for patriots to wake up

“To the silent and currently indifferent majority,” Flynn passionately writes, “wake up. America is at risk of being lost in the dustbin of history to socialism. The very heart and soul of America is at stake.” General Flynn is troubled by a statistic. “2 percent of the passionate will control 98 percent of the indifferent 100 percent of the time.” Right now it’s patriots who are indifferent. That means the “small group of passionate people working hard to destroy our American way of life” could succeed, simply because the anarchists are so determined.

“Treason and treachery are rampant and our rule of law and those law enforcement professionals who uphold our laws are under the gun more than at any time in our nation’s history. These passionate 2 percent appear to be winning.” The patriots are letting them win.

“If the United States wants to survive the onslaught of socialism,” Flynn writes, “if we are to continue to enjoy self-government and the liberty of our hard-fought freedoms, we have to understand there are two opposing forces.” General Flynn totally agrees with Archbishop Carlo Maria Vigano that American patriots are pitted against the evil forces of darkness.

The children of darkness

Flynn must have enjoyed the Archbishop’s open letter enough to be inspired to write one of his own. One of those opposing forces, Flynn notes, is the “children of light” and the other is the “children of darkness.” While “countless good people” are “trying to come to grips with everything else on their plates,” Flynn declares, the indifferent silent majority of patriots “can no longer be silent.”

Flynn emphasizes that politics is not a spectator sport. “The art and exercise of self-governance require active participation by every American” and for true patriots, voting is only part of that active participation he insists. “Time and again, the silent majority have been overwhelmed by the ‘audacity and resolve’ of small, well-organized, passionate groups.”

If patriots want to keep Darth Soros from winning in the end, the time to act decisively is now. “It’s now time for us, the silent majority (the indifferent), to demonstrate both.” He feels we are at war. “The trials of our current times, like warfare, are immense.” The consequences are severe. People don’t feel safe in their homes. Police forces are so demoralized they cannot function as they should. 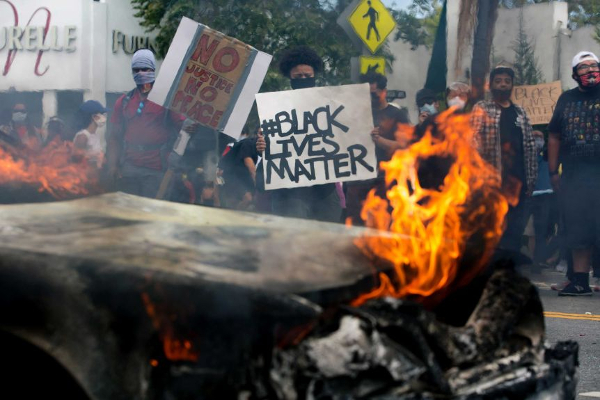 Laws must be enforced

As Flynn relates, a woman from Mississippi told him, “we need our leaders to drop a forceful hammer. People are losing patience. It simply must be stopped! Laws MUST be enforced. No one is above the law.” Flynn tells patriots like her, “Don’t fret.” Instead, take action.

“Through smart, positive actions of resolute citizen-patriots, we can prevail.” Find the enemy’s weak points and exploit them, he suggests. “Always keep in mind that our enemy (these dark forces) invariably have difficulties of which we are ignorant.”

“For most Americans,” Flynn believes, “these forces appear to be strong.” He’s not so sure about that, deplorable patriots are already making them nervous. “I sense they are desperate. I also sense that only a slight push on our part is all that is required to defeat these forces.”

How patriots can win the war

“How should that push come?” Flynn asks. “Prayers help and prayers matter,” but we need action. Patriots must support our “law enforcement professionals, from the dispatcher to the detective and from the cop to the commissioner.” These men and women “are a line of defense against the corrupt and the criminal. It is how we remain (for now) in a state of relatively peaceful existence.” Patriots must support the police “with all our being. They are not the enemy.” They hold back the barbarians of anarchy. “they bring light to the darkness of night through their bravery and determination to do their jobs without fanfare and with tremendous sacrifice.”

Another way for patriots to fight back is to resist the propaganda spewed out by the evil network media. “Seek the truth, fight for it in everything that is displayed before you. Don’t trust the fake news or false prophets.” Trust “your instincts and your common sense. Those with a conscience know the difference between right and wrong.”

Flynn is convinced that today’s attacks on American patriots are part of a vast “well-orchestrated and well-funded effort that uses racism as its sword to aggravate our battlefield dispositions. This weapon is used to leverage and legitimize violence and crime, not to seek or serve the truth.”

Darth Soros and his minions “are also intent on driving God out of our families, our schools and our courts. They are even seeking the very removal of God from our churches, essentially hoping to remove God from our everyday lives.” Remember, he warns patriots, we will only remain united as “one nation under God.”

Yes, Flynn assures there is a “resistance movement.” Like war, he writes, “optimism can be pervasive and helps to subdue any rising sense of fear.” That’s why patriots need to “pursue a more correct path that shines a bright light on liberty, a path with greater and greater control of our livelihoods instead of being controlled by fewer and fewer of the too-long-in-power politicians.” The old guard lawmakers “have discarded us like old trash.” We must “stand up and speak out to challenge our so-called ‘leaders’ of government. We put them in charge, we can remove them as well.”

“In war, as in life, most failure comes from inaction. We face a pivotal moment that can change the course of history of our nation. We the people must challenge every politician at every level. We also must stand and support our law enforcement professionals: They are the pointy end of the spear defending us against anarchy.” Now is the time for patriots to act. 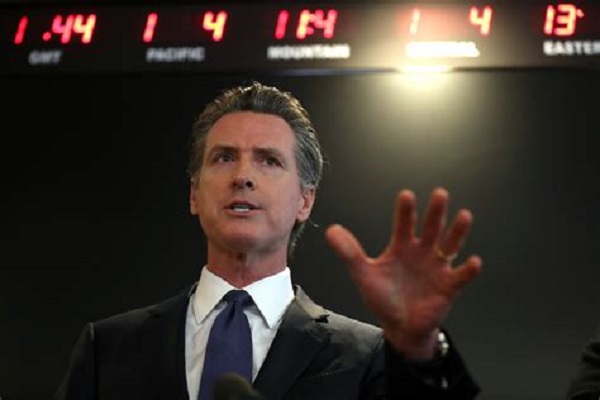 Texas Attorney General Ken Paxton wrote on Twitter that he will be attending a “MAGA Rally” in Washington,…
byChristopher Dorsano