People see through the power hungry and irrational. We’re not stupid. Plus there are industries that should have been marked as essential. What’s not essential to one person is very essential to the next. So, risking loss of license, salon and barbershop owners are going back to work. In one case, war has been declared against a tyrannical government. We still need to earn money. Unemployment might not be enough and small business loans dried up too quickly to be useful.

Shelley Luther of Salon A La Mode in Dallas, Texas made the decision to reopen. She’s received no stimulus money and has applied for loans but has been denied.

“I have received zero income from the government and I applied the first days possible that we were allowed to,” she explained. She’s being forced into poverty and in fact is being fleeced further.

Sometimes government needs to back off in no uncertain terms

Dallas County Judge Clay Jenkins sent Luther a cease and desist order with threats of a substantial fine as well. The possibility of arrest doesn’t bother her either.

“That defeats the purpose of opening in the first place and it lets them know that anytime someone stands up they can just shut you down,” The risk of losing her license doesn’t matter. “It won’t matter if I have a license because I won’t have a business. I’m having to make a decision on whether to pay for my mortgage or to pay the salon lease,” she said. “I chose to pay the salon lease because my nineteen stylists are more important.”

Luther isn’t forcing anybody to go there. She isn’t operating unsafely either. Everybody is there on their own free will, wearing masks and practicing social distancing.

“I don’t want to cause any problems, but when you’re out of money someone has to stand up and say that they’re not helping us by not letting us work,” Luther noted.

By defying government, she’s put a bead on herself as well as from those who insist she remain shut down. So those who support her have put together an armed militia. Customers walked between armed security guards. Luther has had multiple visits with both fire and police but she remains open.

Coming out of hiding from necessity

Across the fruited plain, situations for reopening are different. Shelley Luther felt the need to show force. Not everybody feels that need. Governor Greg Abbott may be reopening Austin, TX salons mid May. A couple sections of Georgia are opening. Some people want to stay closed. That’s their choice. Allow those who want and need to open to do so.

Sabrina Watkins of Atlanta said no way. ‘No, absolutely not. Get your hair done for what?'” Watkins said. “There’s a pandemic, people are dying. As much as I love the business, now is not the time, regardless of who says it is.”

Essential workers only in Maryland are allowed haircuts. The Palace Barbershop owned by Marlon Sousis in NY submitted a plan to reopen with safety precautions.

“The things about us, is we pride ourselves in our safety precautions and making sure that we are taking the proper sanitary measures to ensure the health of people that come into our business,” says Sousis. “We’re exposed to different types of diseases and sicknesses all the time.”

“I feel like I could have the argument that we are just as essential as some of these other businesses and people will say ‘well it’s just a haircut’. Is it? A lot of these government officials or people on the front lines, or law enforcement and even people that are still working that have been deemed essential, they are being mandated to stay groomed while they’re working,” Sousis says.

It’s not just the customers that need hair cuts. The barbers need the stress relief. “We need the financial end and then just on our own mentally, I think we need it. Barbers are getting depressed, stress levels are going up, anxiety is going up, they’re trying to find a way,” he says.

Abuse, alcoholism and suicide have all dramatically gone up since the quarantine started. Some people who have contracted COVID-19 have survived. After 6-8 weeks of data, we now have facts and don’t need the models. The data has proven that this is indeed similar to the flu in terms of those who contract the illness and those who die. Abuse and alcoholism have lifelong effects while COVID-19 might end. It maybe smarter to take the chance now.

Some salon owners have to weight whether opening up will even be profitable. “At first, I was excited about it. I was like, this is great. And then I started reading the regulations and realized that it’s really not profitable and it’s really not great,” said Amanda Westra, owner of Studio 360. Her staff of 30 are all on unemployment. In this case, it makes financial sense to wait.

“For a stylist to go off unemployment in order to make a very small amount of money, it’s not realistic,” Westra said. “It really truly does not make sense to open up under those types of regulations. So we are going to stay closed until phase one starts.” 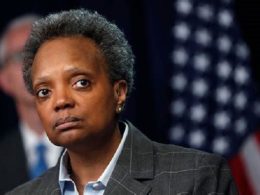 Chicago Mayor Lori Lightfoot may have touched at least one law.  Her re-election campaign may have inappropriately asked…
byPatti Walbridge 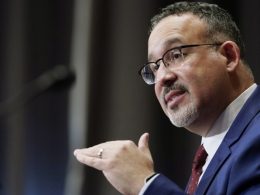